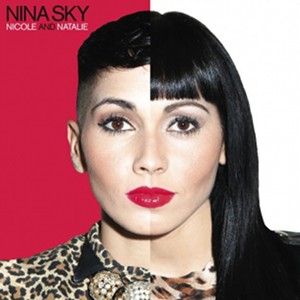 Nicole and Natalie Albino, the Queen’s, NY twin sisters who comprise Nina Sky, haven’t released an official album since their eponymous 2004 debut. But they’ve maintained something of a cult fanbase thanks to their distinct sound. Few vocalists essay lightness with as much emotional depth, and their two-part harmonies have captured something very fundamental and heartfelt, the essence of the summer crush, through times of label acrimony into their current independent status, across genre-spanning collaborations (from N.O.R.E. to Creep) and their own self-released music.

Nicole & Natalie is the second eight-track work the sisters have given away in the past two years, following 2010’s The Other Side – and their usual warmth has been permeated by both the chillier sound of their 2011 single with Creep, ‘You’, and the more nocturnal setting of club culture. The woozy, rhythmically intricate ‘Day Dreaming’ is seductively dark; but it’s the astonishing ‘Never Kissed You’ that’s most unexpected. Producer Salaam Remi flips an ESG track to accompany a dancefloor noir narrative of mistaken identity in the shadowy, intimate corners of basement venues. “Maybe you met my sister; we both have the same eyes,” intone the twins, stretching and elongating their vocals over the distorted siren of the beat. It’s sinister, full of half-explained details that shroud the tale in mystique – what happened last winter? Why does the narrator never go out? – and the sisters’ harmonies transfix the listener as surely as a penetrating, unblinking gaze. Meanwhile, ‘Comatose’ – a welcome venture into producing for real vocalists from New Yorker Brenmar – is equally magnificent: the grandeur of its melody, the tactility of its rhythms and the molasses-slow tempo combine to make it a micro-powerballad of sorts.

Elsewhere, Nicole & Natalie may lean more towards house beats than the freestyle impulses that marked out The Other Side, but it still cleaves to the core essence of Nina Sky. ‘Heartbeat’ floats on air currents of synths as though borne on a breeze; ‘Everytime’ continues the fascination with ’80s British indie that the sisters first displayed on their magnificent 2010 freestyle cover of The Cure’s ‘Love Song’, interpolating New Order’s ‘Bizarre Love Triangle’ and recalibrating its gorgeous chorus melody for a pure, straight-up song of devotion. Even when Nina Sky utilise the standard EDM drop that, by now, is just another component in the pop toolbox, it ends up subservient to their own character: on ‘Bright Lights’, it’s accompanied by ricocheting cut-up vocals and a thrilling switch-up into thunderclap beats. It’s this essential character that continues to make Nina Sky such compelling characters nearly a decade after their global breakthrough.