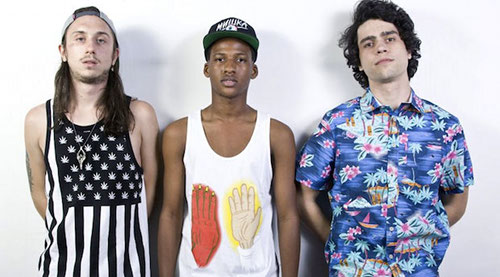 Haleek first came to our attention with Oxyconteen, a dark as hell debut EP that featured production from The-Drum and King Britt, as well as Supreme Cuts themselves. Speaking to FACT earlier this year, Haleek introduced himself as someone who’s stopped looking up to a lot of artists and decided to choose my own path, I still listen to all of those albums, I just don’t take direct inspiration anymore. I dread becoming a carbon copy, that’s something I fear greatly. I believe I have something different, I hope people realize that.”

Supreme Cuts meanwhile are a Chicago duo who recently released their debut album, Whispers in the Dark. Their collaborative mixtape with Haleek will be released for free through Mishka on August 21, and features guest spots from both members of Main Attrakionz, Shady Blaze and more.

In other Haleek Maul news, he recently appeared on a new track by Deniro Farrer and Shady Blaze, titled ‘Cold Blood’ and produced by Ryan Hemsworth. You can stream that here: