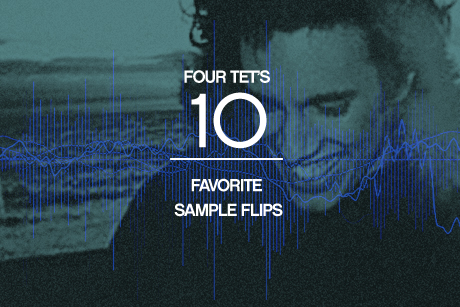 When FACT’s not patting itself on its collective back for how great it is, it reads other magazines.

And one of FACT’s favourite features, anywhere, is Egotripland‘s 10 Favourite Sample Flips. As gloriously geeky as it sounds, the magazine corners various producers (from Prince Paul to A-Trak, J Rocc to El-P) and asks them to list their favourite 10 examples of sampling on records. The results are always infinitely readable, and you’re guaranteed to discover great music you’ve never heard before.

The feature’s latest installment deals with Kieran ‘Four Tet’ Hebden, the London-based musician who in recent years has gone from a poster boy for the IDM (sorry) crowd to one of the wider world’s most in-demand and respected DJs and producers. He’s also, as FACT’s recent delve inside his record bag proves, a man of unique taste, and in his 10 Favourite Sample Flips, he puts the spotlight on Just Blaze, Terry Riley and more. You can read the full feature here.

Four Tet’s new album, Pink, is out later this month – stream its opener below. You can also catch him playing at the Secretsundaze Go Bang! mini-festival on August 26 – info and tickets can be found here.