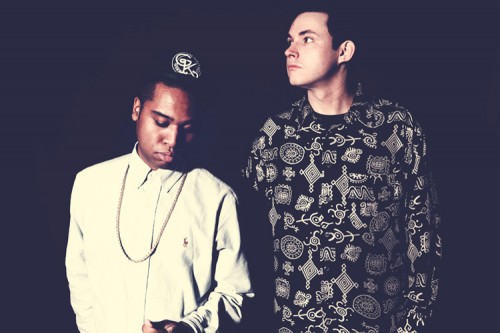 If you’re not yet convinced of that fact though, the collective’s fifth annual festival, taking place this weekend, could be a clincher.

Appearing on the night will be an array of Luckyme affiliates and friends including Lunice and HudMo’s rap-rave behemoth TNGHT [pictured], New York innovator Machinedrum, Glasgow’s own S-Type, Eclair Fifi and The Blessings, Dema and Bamboo Palace.

The night takes place tomorrow, August 11, in Edinburgh. After overflowing all past venues, the collective will relocate to the 1400-capacity Liquid Rooms for the event. You can pick up tickets, while they last, here.

Earlier this week we posted the video for Cid Rim’s luscious ‘Draw’, out now on Luckyme. To whet your whistles for tomorrow’s shenanigans, new label signing Obey City is offering up a sugary blend of the track with a Janet Jackson classic, which you can download below.