An R&B backdrop for the twins’ soothing, two-part harmonies, the album featured everything from backbeat breakup songs (‘Let It Go’) to melodramatic slow jams (‘Temperature’s Rising’). Yet the duo’s image was cemented with a pair of dancefloor singles. The infectious island groove of ‘Move Your Body’ was a Top 40 hit, and the similarly sultry ‘Turnin’ Me On’ followed. 19-year old twin sisters Nicole and Natalie Albino had what they wanted: they were on the radio and in the spotlight. 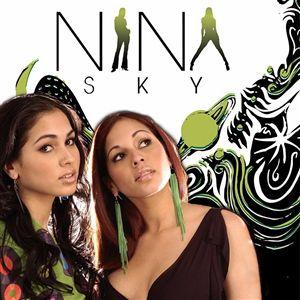 And then, as is the case with many young artists who’ve made a promising first impression, there was nothing. The duo shuffled from Universal to Polo Ground Records, but label politics prevented the follow-up to Nina Sky from seeing the light of day. “We were just so excited about having a song on the radio that we weren’t trying to learn about the industry and what it really took to be in the industry,” says Natalie.

“Everything happened so fast that it was hard for us to catch up. We’ve learned a lot over the years about the music business,” Nicole adds. “We’re a lot smarter now than we were then.”

“Everything happened so fast.”

The tireless twins kept recording, putting out singles with little to no label support, like the Salaam Remi-produced ‘On Some Bullshit.’ The twins eventually gained their freedom from Polo Grounds, and they haven’t looked back since: the duo cherishes their independence. “It’s dope because we’re best friends, we’re sisters, and we trust each other’s opinions and creative ideas,” says Nicole. Finishing her sister’s thought, Natalie says, “We love being independent. We work with each other very well. We get to bounce ideas off each other and not worry about other people having their hands in our projects.”

Now the only hands in their projects are the ones they want there. “You get these opportunities because everyone comes to New York to make music,” says Nicole. “It’s not like we’re searching for a new sound: it’s about collaborating with people who are talented.” That attitude has led to songs with like-minded producers, as on Tittsworth’s ‘Here He Comes’ (a Baltimore club rework of ‘Maneater’) and, most notably, on Major Lazer’s ‘Keep It Going Louder,’ one of the album’s most persistent dance jams.

Last year’s collaboration with CREEP came from a desire for a specific sound. “We reached out to Lauren (Flax) because we loved the song she did with Sia (‘You’ve Changed’), so we wanted to do a song in the same vein.” The result, ‘One,’ is a surging, haunting R&B tune, Nina Sky’s darkest yet. “We’re not scared to experiment with new sounds.”

“We’re not scared to experiment with new sounds.”

Nina Sky dropped The Other Side in 2010 with a title that’s instructive: six frustrating years after their first success, Nina Sky was on the other side of their twenties, their careers, and the music business. Featuring some tracks that were intended for their shelved second album, The Other Side found Nina Sky keeping pace with the changing dance world, while staying true to the vocal R&B stylings that are their bread and butter. Whether on the dancehall-infused cover of The Cure’s ‘Love Song’ or the hip-pop of ‘Too Long To Let Go’ (also produced by Remi), Nina Sky was back.

Last month, Nina Sky self-released their long-awaited second album with the personal, back-to-basics title Nicole & Natalie. From the Timbaland-influenced ‘Day Dreaming’ to the Brenmar-produced bedroom ballad ‘Comatose,’ the twins sound self-assured and more comfortable than ever before. “Our songwriting has changed because we’ve experienced more in our lives,” says Nicole.“[When Nina Sky was released], we were 19, we were fresh out of high school, we didn’t have much life experience. Since then, we’ve traveled the world, we’re both in long relationships, [and] we’ve been around lots of different people.”

‘Starting Today,’ the lead track on Nicole & Natalie, contains the lines, “I see my reflection / I know who’s looking back now / it’s not the same girl I used to be / those early days were fun but / they have come and gone now / so I’m letting go of the old me.” The lyrics could be interpreted as a comment on the sisters’ much-ado-about-nothing image change, but more likely, they’re a mission statement. Emerging from the crucible of the music industry, Nina Sky is ready for anything.