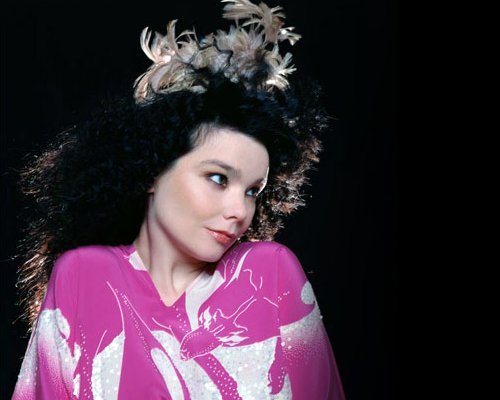 Björk has spoken out on Russian band Pussy Riot, who face time in jail for their anti-Putin protest from this February.

The Icealandic singer – who recently revealed that she was working on a documentary with David Attenborough – posted a “Statement in Defense of Pussy Riot” on her website. “As a musician and a mother”, it reads, “I would like to express I fiercely don’t agree with them being put to jail because of their peaceful protest performance. In my opinion, the Russian authorities should let them go home to their families and children.”

Björk also extends an invitation to the group to perform with her, stating that “I would like to invite Pussy Riot to join me in a particular song on stage which was written for all enhancement of justice. (You can guess, once, which one.)”

The song Björk refers to is presumably ‘Declare Independence’ from her 2007 album Volta, a track that she has often used live to emphasise her support for particular causes, most notably Kosovo’s declaration of independence.

Björk, of course, is not the only one who’s declared support for Pussy Riot: at a recent gig in Moscow, Madonna showed solidarity with the group by praying for them on stage (“I pray for your freedom, I know we all pray for your freedom and lets hope that one day we really will live in a world filled with peace and freedom and tolerance”) and stripping down to a bra and balaclava, the words “Pussy Riot” stamped on her back. Russian politician Dmitry Rogozin last week, upon hearing the news, claimed that “with age, every former s. [an abbreviation agreed by most in Russian, it seems, for “slut”] tries to lecture everyone on morality”. Smart.

Updates: You can watch Björk perform ‘Declare Independence’ in support of Pussy Riot below.