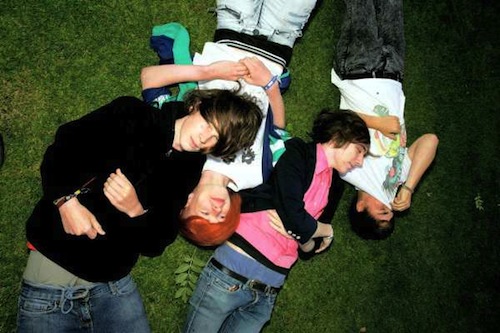 The Mancunian art-rockers are finally ready to release their debut album, after first making waves in the late aughts.

Never mind their name: “Egyptian Hip Hop” is just a bit of Mancunian contrarianism. The band’s early material, released when its members were still teenagers, bounced between 80s revivalism and angular dance punk. Egyptian Hip Hop is both older and wiser now: the moody ‘SYH’ is a more focused amalgamation of 80s influences, and will appear on Good Don’t Sleep, due out October 22 on R&S.