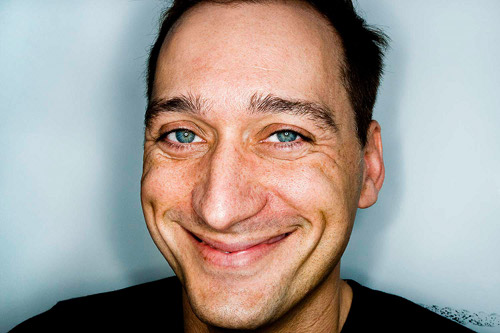 Earlier this month we reported the news that DJ Mag has uncovered cheaters in its Top 100 DJs poll.

The magazine saw fit to disqualify unknown Swiss DJ Miss Diamond from the poll, and has promised that more culprits will be named and shamed in the coming weeks.

In an unexpected twist, dance music blog EDMSnob yesterday claimed that, whilst conducting an investigation the allegations of cheating, they stumbled across an entirely different scandal.

In a post published on the blog yesterday, “The Snob” claims to have been handed internal documents which reveal secret payments being made from top-tier DJs to DJ Mag in return for favourable editorial coverage.

The blogger alleges that German trance megastar Paul van Dyk [pictured] has paid at least £15,000 to the magazine this year in return for favourable coverage, connecting a series of invoices paid by both van Dyk and his management to complimentary editorial content including a feature article in the August 2012 issue of the magazine. Other supposed beneficiaries of the alleged payola scheme include Dutch DJ Ferry Corsten (who, invoices supposedly show, has paid a total of £13,000 to the magazine), Greek DJ Vierro (£10,000) and Egyptian duo Aly & Fila (£10,000).

The author goes on to claim that, “Such large payments secretly changing hands between artists and DJ Mag call into question the impartiality of the magazine’s other ventures, especially the Top 100 DJ poll. While no evidence has been presented of any tampering or altering of results whatsoever, it is obvious a conflict of interest exists for an organization purporting to conduct an objective poll.”

DJ Mag later issued a statement on their website asserting that: “The invoices that have been published are for legitimate advertising and CD covermount deals. This can easily be verified by checking the magazine issues mentioned. They are not ‘secret documents’ but are confidential company invoices and have been obtained without our consent. We cannot stress enough that as guardians of the Top 100 DJs Poll we take the integrity of the Poll extremely seriously.”

The statement goes on to describe the blog post as simply an attempt to “drive traffic and interest in EDM Snob’s blog, and divert attention away from our ongoing investigation into cheating in this year’s Poll. We view the obtaining of these invoices as a criminal matter and have contacted the police.”

The allegations made by EDMSnob are obviously of a hugely serious nature and, if proven true, could pose a huge threat to DJ Mag’s reputation. However, at this stage it seems difficult to prove that the invoices uncovered are for anything other than legitimate advertising deals; indeed, “The Snob” admits that in most cases the invoices in question could be linked, at least partly, to legitimate advertising in the magazine as well as to alleged payola. Whilst the author goes on to trumpet the discovery that “a significant portion of DJ Mag’s revenue is derived from advertisements by artists, their agencies, their management or their record labels”, this is surely a plain fact for any publication which hosts clearly signposted advertising alongside editorial content, and doesn’t necessarily point to a loss of impartiality on the part of editorial staff. More news as we have it.