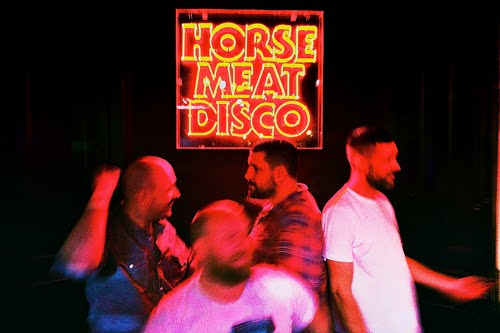 The idea behind LWE’s latest series, “SIDEXSIDE”, is simple.

Two artists are placed in the booth together for the duration of a night, giving them a chance to flex their record-playing muscles to the fullest. The inaugural instalment of the series will set the tone by inviting two names that hail from opposite sides of the Atlantic, but are connected by a shared ethos which stretches back decades.

First up are London-based collective Horse Meat Disco, whose residencies in the city as well as in Lisbon and Berlin over the past decade have fostered the egalitarian spirit of disco at its finest, and whose Strut-release compilations have been making waves since 2009.

They’ll be joined by New York legend Danny Krivit, whose heavy involvement in the city’s thriving club scene from the early 70s through to the present day – both as DJ and, latterly, producer – has landed him with a near-unparalleled record collection. Krivit’s Body & Soul parties, run in collaboration with Francois K and Joe Claussell since 2002, confirm that his abilities as a selector are undiminished after four decades in the game.

SIDEXSIDE Part 1 takes place on October 13 at an as yet undisclosed East London warehouse space, and will see both artists take to the decks for a full eight hours, from 10pm-6am. More info and tickets can be found here.