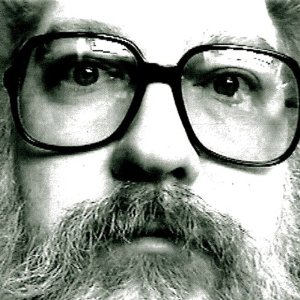 This month’s Wire cover star, for some years now R. Stevie Moore has been pimped around the egg-head scene as a master conceptualist. Not least by Ariel Pink, Moore’s devoted disciple and now collaborator. Unlike with Pink’s music, however, conceptualising the 60 year old’s bedroom-produced pop feels like an act of intellectual self-delusion. And not because it’s nigh on impossible to do your po-faced theorising to the sound of distressed jizz-cats – as which lines the feline-sampling, frantically frustrated sex song ‘Find Any’.

If Pink is knowing, Moore is unknowing. One is active, the other passive. Pink was fully aware he was playing deconstructionist, when over a decade ago he began toying with pop presentation in a completely unprecedented fashion. Rather than just a matter of scuffing-up random esoterica, Pink’s music succeeds in channeling the “fading cry” he claims to have “heard” as a child: the cry that echoed from pop as music’s golden age died in the late ’70s. Deceptively tricky to calibrate, this uncanny quality of cultural deja vu coded in Pink’s music – not quite nostalgia music, not quite pastiche, not quite dream-music – fully warrants the deluge of blog-academic discourse it’s inspired. Not only for its salience in the digital era and the ongoing “flattening” of time, but for the idea of memories as visions of the now dead. Moreover, like the music of nearly every art act in history – from Roxy to Scritti, Hype Williams to James Ferraro – Pink’s material is constructed in such a way that it’s made whole only when complemented by analysis. As Chuck Palahniuk once wrote, “where would Jesus be if nobody had written the scriptures?” This might just be the most narcissistic justification ever given for music criticism.

In contrast, Moore’s music defies intellectualisation. He fetishizes pre ’80s music as the last epoch before pop became self-conscious; a phenomenon arguably catalysed by post-punk era music writing. He resists the house-of-mirrors anxiety that accompanies the type of pop which thinks to itself in a state of artifice. His approach to pop is obliviousness, something which descendants like John Maus negate with joy-killing analysis, talking in intellectualised Moore-isms throughout “simplicity is beauty” polemics like ‘The Truth of Pop’. But for Moore’s part he remains an innocent, forever chasing the insentient serenity that defines ’60-’70s pop: music divested of the art “devices” which the intelligentsia claim riddles his material. Predating Marcus-esque rock writing (Moore’s been recording since the ’60s) his music was never designed to be understood only by contextual extrapolation in the pages of mags like The Wire.

Instead Moore shields himself from self-awareness. He’s an escapist and a romanticist, as opposed to a conceptualist. Sure, his songs are meta: appearing here, ‘Pop Music’ is a pop song about pop, for example, while ‘Show Biz Is Dead’ and the line “How much music can we take?” speak for themselves. But what his songs are not, are “essays on the form”. If the content is self-aware – a product of Moore’s eccentricity or too many years spent in his own company – the form isn’t. Moore doesn’t make “choices” or use devices. If Pink borrows elements from his music it’s the tone, not the concepts. The 60 year old is not the godfather of hauntology, he’s the beloved kook whose TV-Tommy grip on reality and post-ironic charm the hauntologists use to blueprint their skewed pop.

It’s on ‘Big Mistake’ that this album really consecrates Moore’s final rejection of real life. The compilation’s highlight, it’s a prayer for the safe return to suspended animation. “Take me back to fantasy, I don’t want to know” he coos, before sinking into the simultaneously anaesthetized and distressed coda with a key-warped “This is impossible”. Away from the b-movie psyche-rock of ‘Hurry Up’ and ‘Little Man’, Moore shares Mercury Rev’s talent for rendering psychedelia the saddest music ever conceived. If his limitless passion is ever apparent, equally as palpable is a sense of his abiding isolation.

All things considered, much of Moore’s mystique derives from the standard charms of lo-fi music and the beauty unique to amateurism. Like the music of Guided By Voices his songs cut with jarring efficiency between mini-events. They play like condensed clusters of Moore’s best hooks, as he implements his every idiosyncratic thought instantaneously and free of prudent commercial editing. It’s a refreshing air of spontaneity (see again GBV) compounded by Moore’s tendency to channel-surf through genres across the course of an album. His records play like an attempt to recreate the joy of flipping through stacks of obscure vinyl, and the thrilling promise of stumbling across a killer pop song amongst the heartfelt failures of some long forgotten band of dreamers, too weird to ever make it. His albums are all about discovery, while the sheer volumes of releases appeals to the record store loners and their compulsion to collect.

And as is the case with Dan Treacy or Daniel Johnson, there’s the romantic and simultaneously heartbreaking notion of a misfit amateur making music for the pure joy of it, without hope of resolution. This is the dreamy, forlorn yearning of an unnervingly strange man, which Pink then conceptualised and duly mistranslated as retro, filtered through the unnerving strangeness of sad childhood memorises of a pop era that still sold us dreams. But Moore’s remorse has been, since 1966, lived in real time, not retroactively. He isn’t remembering, repurposing or defamiliarising, he’s just stuck. In fact, he is forgotten.

Though he’s the original practitioner and both the sub-genre’s most otherworldly and most dazzlingly music-literate, fundamentally what we have in Moore is an honest-to-goodness lo-fi eccentric. It’s an interpretation of the artist which curator Tim Burgess is nudging us towards here, editorialising a relatively straightforward version of Moore by focussing on his most coherent, melodic, fully formed and accessible songs, while censoring his more tricksy efforts (which incidentally makes for the perfect starter pack for newcomers).

Like John Grant’s headily melancholic Queen Of Denmark, ‘Pop Music’ emanates from the post-glam end of mid-’70s soft rock, channeling all the claustrophobic magic of America’s great suburban teenhood. The arrangement – a deft balancing of piano, trumpet and glitzy guitar – demonstrates a level of artisanship which, for what it’s worth, is beyond Ariel Pink. Moore balks at the label “lo-fi” for its associations with poor quality musicianship (he prefers “DIY-fi”) and it’s easy to sympathise given how accomplished many of the songs are on Lo-Fi High Fives. Interspersed between slipshod garage rock (‘Sentimental Times), crappy drum machine balladry (‘Dutch Me’) and TVP-esque proto-indie (‘The Winner)’ are tracks like ‘I Got Into Your Mind’ and ‘Here Comes The Summer Again’. The former begins with organ dabs a la ‘Strawberry Fields Forever’ before blossoming into a majestic second half of hip hop-like beats and easy llistening strings. The latter, meanwhile, is the classiest Beach Boys facsimile you’ll hear all year – a perfectly structured, perfectly pitched slice of Cali paradise, sporting the evergreen middle eight of a lifelong Wilson fan. Then there’s ‘Why should I Love You’, another deftly constructed pop song that flits between verse and chorus, swinging sixties London and 70’s So-Cal, with consummate ease. And ease is the key word here. The ease of life adrift of the modern condition and all attendant academic critique.