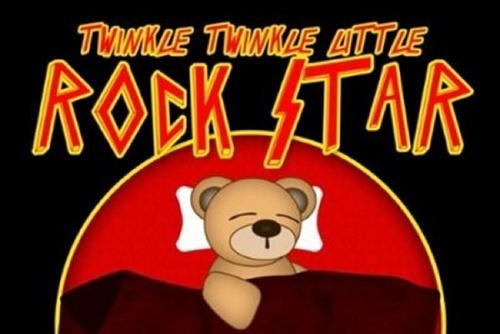 If your little one struggles to drift off to the gentle strains of Slayer’s ‘Raining Blood’, then don’t fret – the solution may be at hand [via The Quietus].

The Twinkle Twinkle Little Rock Star company specialises in creating “beautiful lullaby versions of your favourite artists”, with David Bowie, The Grateful Dead and Radiohead all having received the soothing treatment.

Lullaby Versions of Slayer, released today, features twelve sleepy renderings of the band’s classics including ‘Raining Blood’, ‘Angel of Death’ and ‘Seasons in the Abyss’. The versioning process mostly seems to involve replacing molten, eardrum-scraping guitar lines with twinkly MIDI harps and glockenspiels, before slowing the whole thing right down into a whimsical shadow of its former self – perfect for coaxing your infant into a blissful slumber.

You can listen to the wonderfully soporific results over at iTunes – or, if 80s synth pop, jam band classics or nu-metal are more your thing, you can browse the company’s dozens-deep catalogue at their website.