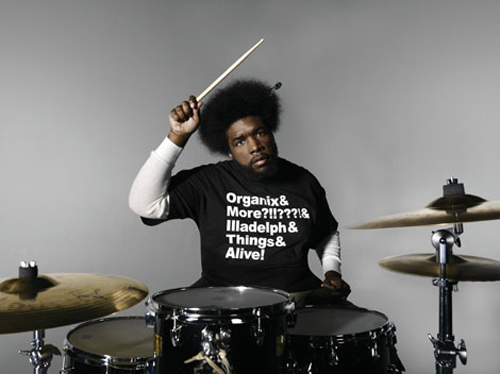 After an eight year hiatus, The Roots drummer relaunches his alternative hip-hop and neo-soul label.

According to Billboard, Questo had been “waiting years for the right moment to re-launch the label.” First up are releases by Atlanta artist Danny! (Payback, out September 25) and Young Guru (the instrumental Essentials Vol 1, out October 9).

Okayplayer was created in 1999 as a forum for like-minded artists such as Common, Erykah Badu, D’Angelo, Yasiin Bey (Mos Def) and Jill Scott. It spawned Okayplayer TV, an online store, a live production arm, and a host of sister sites, but has not released an album since 2004’s True Notes Vol 1 compilation.

The Roots have a new LP, entitled &TYSYC, on the way. ?uestlove recently shared a brief but brilliant demo mix of Beastie Boys’ classics compiled for the Rock and Roll Hall of Fame staff.