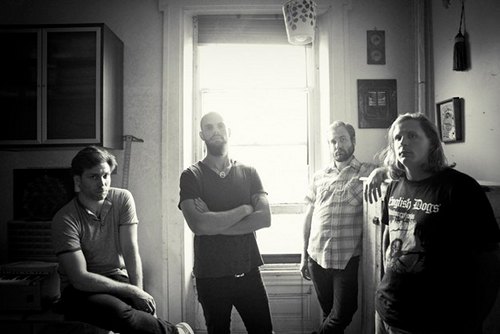 Update: The band has issued a statement:

The band members of Baroness and their crew are recovering from injuries sustained after their tour bus crashed outside of Bath, England early on Wednesday morning.

John Baizley has broken his left arm and left leg. Allen Blickle and Matt Maggioni each suffered fractured vertebrae. All three remain in the hospital as of this writing. Pete Adams has been treated and released from the hospital.

Three of the five crew members who were on the bus have also been treated and released. One member is still undergoing testing. The driver of the bus remains in critical condition.

Please stay tuned for further updates. Thank you for all the support during this extremely difficult time.

Metal band Baroness’ bus has crashed while traveling between UK concerts, falling 30 feet over a viaduct.

BBC news report that the group’s bus crashed traveling from a Bristol show to one in Southampton: seven people have been treated for minor injuries, while another two are in Bristol’s Frenchay Hospital being treated for serious injuries. 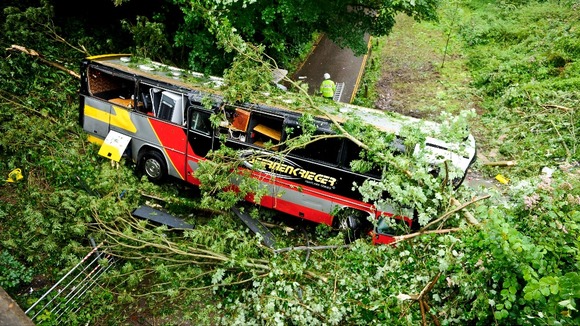 The band’s tour organisers have confirmed that tonight’s show in Southampton has been cancelled. “It is with great regret”, a statement reads, “That we have to inform you that Baroness were involved in a very serious road accident earlier today and will not be able to perform at Talking Heads tonight. Our thoughts are with the band at this time and we wish them and their crew a speedy recovery.”

The group’s European tour has now been cancelled [via Pitchfork].

Baroness have been releasing albums since 2007’s acclaimed Red. Band member John Baizley is one of metal’s most in-demand artists, designing sleeves for Kylesa, Cursed, Pig Destroyer and more. Stream the group’s ‘Wanderlust’ below.