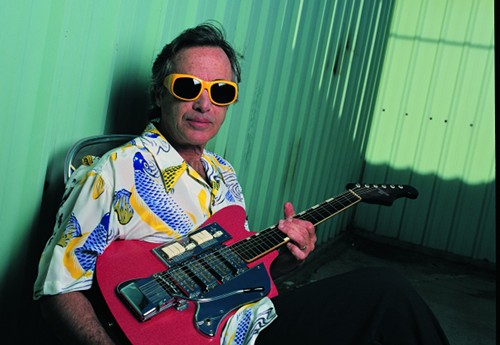 It would appear that, when it comes to Mitt Romney’s pet dog Seamus, there’s something in the air right now.

Yesterday we heard about Devo’s plans to release “Don’t Roof Rack Me, Bro! (Remember Seamus)”, a paean to the Republic Presidential candidate’s animal-related misdemeanour of 1983.

Today it’s the turn of songwriter/guitarist Ry Cooder [via The Stool Pigeon]. Speaking to The Guardian, Cooder described Romney as “dangerous” and “cruel”, calling him “a perfect creation for what the Republican party is all about.”

Cooder’s new album, Election Special, features a song entitled ‘Mutt Romney Blues’, in which he sings from the perspective of poor Seamus, strapped to the roof rack of Romney’s car for the duration of a 12 hour drive.

Election Special is due out on August 21. You can watch the video for the song below.