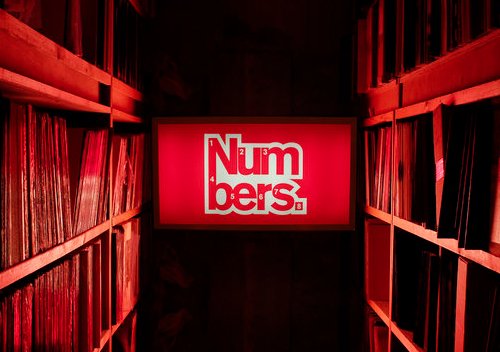 Following showcases of Ninja Tune, Hyperdub and Hospital, the next Hidden Depths event focuses on Numbers.

A collaboration between Tiger Beer, Black Atlantic and FACT, Hidden Depths focuses on some of Britain’s most celebrated labels. Numbers – a Glasgow imprint formed from the ashes of local labels Dress 2 Sweat, Wireblock and Stuff – may be the youngest label profiled by Hidden Depths thus far, but that hasn’t stopped it releasing a slew of great records, from contemporary fare like Mosca’s ‘Bax’, Jamie xx’s ‘Far Nearer’ and Deadboy’s ‘If U Want Me’ to explorations of the classic house and techno that originally inspired the team behind the label in their re-release of DJ Pierre’s ‘Mystery Girl’ and Lory D’s Strange Days series.

In keeping with the ideology of both Numbers and the Hidden Depths series, their showcase blends old and new: legendary Chicago house cat Lil Louis headlines, while Artwork, one third of dubstep powerhouse Magnetic Man and one of UK garage’s all-time favourite sons (D’n’D, Menta, etc), joins Numbers residents Jackmaster, Goodhand and Spencer in support.

The event takes place on Wednesday September 12 at East London’s Village Underground. As ever, FACT and FACT TV will be providing Numbers content in the run-up to the event, and streaming one set from the night. 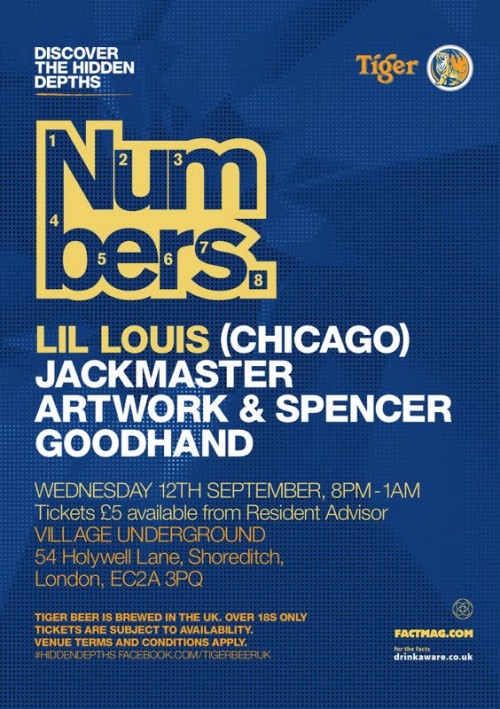