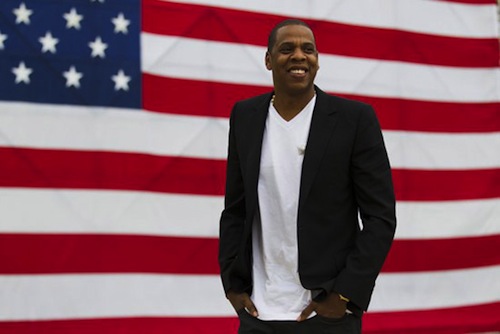 According to the New York Post, the Oscar-winning duo will be filming the Philadelphia music festival.

The spiky-haired superproducer Grazer told Page Six: “I am producing the film with Steve Stoute and Jay. Ron is directing. It is going to be born through Jay-Z’s perspective… how he puts the event together.” He continued, “Jay stayed the king for a very long time . . . I can’t even begin to explain how he is capable of remaining relevant. He is a phenom, like a musical Michael Jordan.”

The stacked lineup for the two-day festival includes Jay-Z, Pearl Jam, Drake, Skrillex, a reunited Run-DMC, and some of the most popular names in music, regardless of genre. It takes place September 1-2 at Philadelphia’s Benjamin Franklin Parkway.