Watch the video for the first single from Brandy’s upcoming album, ‘Put It Down’ 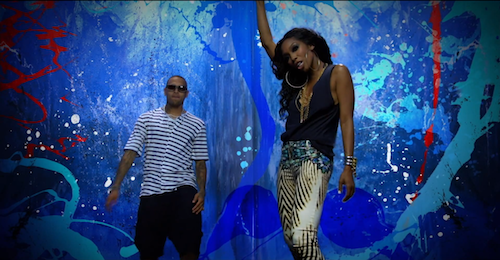 Brandy dances through the paint-splattered video for the chirpy ‘Put It Down.’

The R&B chanteuse, whose voice has been clipped and sampled ad nauseam in the electronic world, is set to release Two Eleven this fall. The album is expected to feature production by Frank Ocean, Timbaland and Darkchild.

Lead single ‘Put It Down’ is a catchy R&B tune produced by Bangladesh, the man behind radio hits by Ludacris and Lil Wayne (including ‘A Milli’). Unfortunately, the song also features unrepentant ass Chris Brown for a chipmunk hook and corresponding verse. Despite that, it’s good to see the ageless Brandy return to the pop world with a taste of R&B bubblegum.