Simian Mobile Disco, Juan Atkins, Heidi, and many more to grace In Session series at Fire 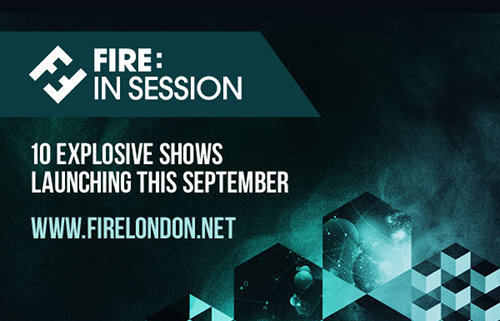 Starting in September, Vauxhall’s Fire will play host to the In Session series: ten high profile events put together by some of the biggest names in London clubbing.

The series kicks off on September 15 with a Mixmag-hosted party featuring globe-straddling party-starter Steve Aoki, South Central, Doorly and more. September 22, meanwhile, will see What Matters present Pleasurekraft, Format:B and more – they’ll also be taking charge of proceedings on November 17, with line-up details yet to be confirmed.

On October 6, Bedrock will celebrate their Birthday with house veteran John Digweed alongside a DJ set from Apparat and a live performance from Crosstown Rebels affiliate Amirali; RWD will celebrate theirs on October 13 with an exclusive live show from grime legends Boy Better Know and well as appearances from Logan Sama, Hatcha & Crazy D, Marcus Nasty and many more.

On October 27, Simian Mobile Disco will bring their live show to London for an exclusive performance, enlisting support from Lone, Mark E and BNJMN; the Neon Noise Project will present a Halloween special on November 3 with a live show from Vitalic and many more yet to be announced; and Bugged Out will take control of proceedings on November 10 with a characteristically tasteful line-up including Heidi, Miguel Campbell and T. Williams.

Finally, November 24 will see the series go off with a bang, with two parties taking place simultaneously. Firstly, Kitsune will present their Kitsune Club Night at Fire, with a live set from Fred Falke, an appearance from new Friendly Fires/Foals collaboration Deep Shit and an as-yet-unannounced special guest. Meanwhile, over at Area, Lost will present an impressive spread of techno royalty including two thirds of the Belleville three, Derrick May and Juan Atkins, and Basic Channel innovator Mark Ernestus.

Further info and tickets can be found at the Fire website. You can check out a video preview of the series, along with full listings for all events, below.