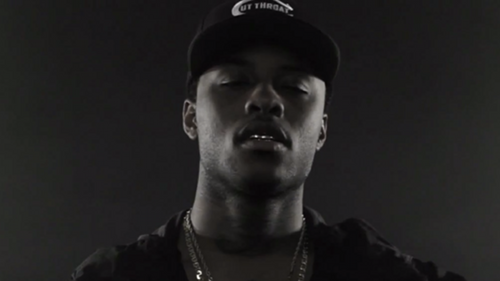 Floridian rapper Spaceghostpurrp was a somewhat unexpected signing for 4AD – a label better known for the Cocteau Twins and the Pixies rather than cutting edge blog-era hip hop.

But, as our recent interview with him revealed, label boss Simon Halliday is a far more voracious listener than he has perhaps been given credit for, and the label has in recent years done a fine job of breaking free of the shackles of heritage.

In the wake of the recently released Mysterious Phonk, Purrp is now the subject of one of the label’s regular video sessions. And while recent sessionees like St. Vincent and The Mark Lanegan Band have, as you might expect, gone down the live performance route, Purrp stays true to the form with a series of searingly intense solo performances. It’s just him, a camera and some headache-inducing lighting, and the results are a perfect compliment to the music’s paranoid, nocturnal tendencies.

You can watch Spaceghostpurrp perform ‘Mystikal Maze’, ‘Get Yah Head Bust’ and ‘Don’t Give A Damn’ below.