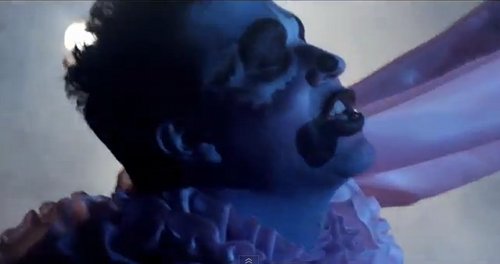 Continuing the grotesque aesthetic of new album Centipede Hz – see both the album’s cover and the band’s current website – the Danny Perez video features make-up, severed arms and the most disconcerting Mario Kart level you could imagine. As has been the case with all the music and visuals from Centipede Hz so far, if you’re a fan of the band then you’ll probably enjoy it. If you’re not a fan, then unlike last album, the crossover hit that was Merriweather Post Pavilion, this won’t come close to changing your mind.