Limp Bizkit is “over” 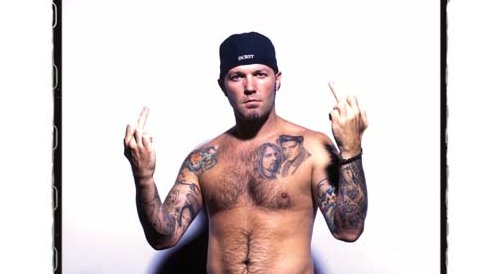 Limp Bizkit’s Fred Durst has admitted that the group is “over”.

Although the perma-capped frontman insists that the nu-metal survivors aren’t splitting up – lest we forget, their next album Stampede of the Disco Elephants is, bizarrely, signed to Southern hip-hop label Cash Money – Durst has admitted in a new interview with Kerrang! that their popularity isn’t what it one was. If, for a minute you forget that it’s being said by Fred Durst, it’s almost a little sad.

“We don’t play back home”, explained Durst. “We’ve boycotted America for many years now. I don’t know, I just don’t wanna go out like that. We did a few radio shows in 2010 for a friend and that was it. We haven’t properly toured America since 2006. The reason? We just don’t know what’s going on in America,” he added. “It’s all about the new catchy thing and that’s always changing. America is driven by record sales. It’s the home of corporations. We’re just Limp Bizkit, so we don’t know how to do anything but Limp Bizkit.”

“Here’s the deal: say in 2000, there were 35 million people who connected to this band. Twelve years later, lots of those people have moved on. We were a moment in time and it’s over.”

Between this, Mustaine-gate and Rob Zombie being remixed by Photek, it’s been a weird old week for ’90s rock.