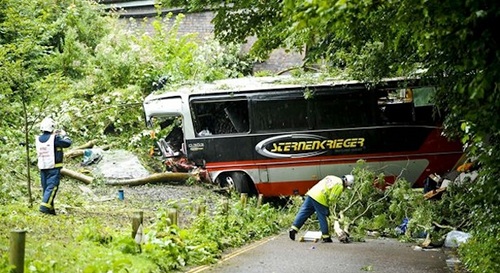 The band’s label, Relapse, have now confirmed to press that although one member of the band, Pete Adams, has been treated and released, the other three remain in hospital: John Baizley with a broken arm and leg, Allen Blickle and Matt Maggioni both with broken vertebrae. The driver of the bus is still in a critical condition, while three out of the five crew members on the bus have been treated and released.

Baroness’s European tour was cancelled as a result of the crash.