New talent: Ryan Hemsworth and the eternal quest for truth and art

Ryan Hemsworth is causing a bit of a stir. The 22 year old Canadian has become a go-to producer for some of the most interesting hip-hop acts to have broken through in the past two years (Main Attrakionz and Deniro Farrar, for instance), and several self-released projects are available on his Bandcamp page. In the […] 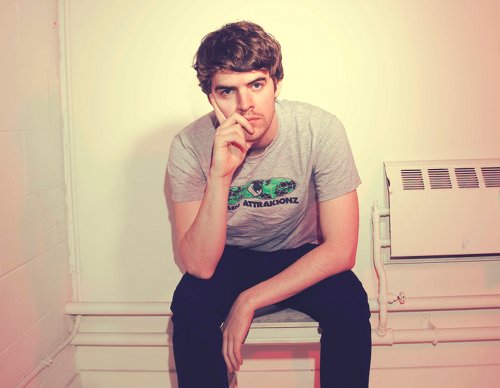 Ryan Hemsworth is causing a bit of a stir.

The 22 year old Canadian has become a go-to producer for some of the most interesting hip-hop acts to have broken through in the past two years (Main Attrakionz and Deniro Farrar, for instance), and several self-released projects are available on his Bandcamp page. In the coming weeks, he’ll team up with Wedidit (the collective and label that counts Shlohmo, Groundislava and more as artists) to release Last Words, an instrumental EP that tilts the hip-hop template to let its edges bask in the sun of Hemsworth’s influences – across its course, there are moments of reversed pop, guitar fuzz, dew-coated ambient and more.

“I heard the voice of Ol’ Dirty Bastard and knew what I needed to know as an adolescent on his search for truth and art.”

“I’m from Canada, the east coast. I’m 22 and I’ve been making music for a little while – that would be two years of music I’m proud to show people and about six years of bad stuff that I hope no one finds. I grew up in Halifax, Nova Scotia mainly like… playing video games and skateboarding and watching horror movies. And eventually I heard the voice of Ol’ Dirty Bastard and knew what I needed to know as an adolescent on his search for truth and art.”

How did you get into making the music you’re currently making, then?

“I started out just playing guitar and drums through middle school. I recorded myself in my basement, multi-layered tracks with a broken headset microphone. I don’t know how it even picked up the lows and highs, or like… any sound at all. But I managed to have enough fun with it that I started experimenting with my recordings in crappy, free audio software. I got more and more interested in loops and samples, less and less with my own voice and rock music. Eventually I just reached the point that I was kind of recycling the music I grew up listening to, along with the stuff I was finding with each day of searching through weird music and soundtrack blogs.”

Last Words is instrumental, I suppose skewed dancefloor stuff – was this the sort of music you always intended to release, or has your primary focus always been beats for rappers, as in your work for Mishka, Main Attrakionz, etc?

“I’ve been interested in doing both of these things, and everything else really. I’d love to be able to tackle a soundtrack for a movie and then make a song for a pop singer and then a “chune” to play out in the club. I think the more you discover in music and learn to embrace, the more you’ll expand your mind and not want to just make a certain sub-sub-genre sound. I don’t think I’ve ever been the pickiest person when it comes to music. I’m all for crossbreeding sounds.”

Was the EP pretty natural in conception, or did you have a plan for it – something that would bind these tracks together, or make them stand out from past releases?

“It’s five tracks I’ve put aside over the past six months. I’ve made tons of stuff in between making these songs, but I knew I wanted to push harder with the emotional, moody stuff. And I didn’t want to make them songs that would quickly be lumped into these sub-genres and forgotten before I even got the chance to play a show outside Canada. Hopefully they’re just songs that will last longer than one week on the internet.”

“I’ve always had a place in my heart for quiet music.”

Any particular artists, hip-hop or otherwise, who’ve shaped your sound, attitude or approach?

“Certainly Mannie Fresh, Southside, Hudson Mohawke, and Three 6 Mafia production. But I’ve always had a place in my heart for quiet music, so I take just as much inspiration from Ryuichi Sakamoto’s work or the pretty stuff from Selected Ambient Works 85-92 as I do a raunchy Max B song.”

‘Colour & Movement’ samples the Notwist [‘Consequence’, from Neon Golden] – I think, anyway? Do you often sample from stuff people might not expect you to? Or are you pretty quiet about that sort of thing?

“Yeah, I’ve loved that song for so long. When I was younger I wanted to just choose the soundtrack for movies, and that track was #1 on my imaginary movie playlist. I listened to an old burnt CD a couple months ago and as soon as it came on it hit me hard. When I hear something emotional like that it definitely makes me realize how important it is to put feelings into your music – even if you’re not using your own voice. When I sample a song or incorporate a track that might seem unexpected into a mix, it’s because I love it and the artist has meant something to me at some point in my life. It’s just about finding a way to make that tasteful for a new crowd.”

How did you get involved with the Wedidit collective?

“It was really just an introduction that RL Grime gave me to Shlohmo and the guys earlier this year, so I’ve got to pay my respect to him. I’d been a fan of his stuff since the first EP he dropped, Clipz. We’d been emailing back and forth and I wasn’t aware at the time but apparently he’d been showing my stuff to the Wedidit crew for a minute. Eventually we all talked, and it just made perfect sense to release this EP together because it sounds like a Wedidit project, I think. Not to mention my respect for the whole team and everything they release together and separately. Groundislava pours his heart out into his music and I’ve been a Shlohmo fanboy for years. Once I got the chance to do a show with Shlohmo in Toronto and talk in person about Last Words – hearing him say he loves the project – that was all I needed to hear to give me some confidence with this whole thing.”

Last Words aside, what else do you have in the pipeline?

“Setting up more shows, I really want to break into the scene a little bit in the US. To play to new people but also just to meet all the supporters and friends. Obviously I’m not stadium status or anything, but I’ve had people egging me on for a while who I’ve never even met from Oakland, Atlanta, New York, London, Paris. It’d be nice to shake all these peoples’ hands and stuff. Besides shows, tons of remixes will be surfacing over the next few weeks and months for sure – I’m excited about everyone I’ve been working with. And more production for Main Attrakionz, Deniro Farrar, and a few new rappers for me as well. Moving on to better and weirder things though, for sure.”