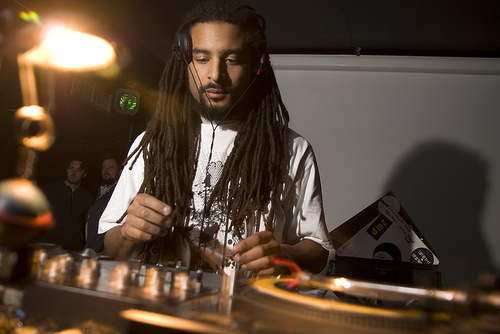 The first sounds to emerge from Mala’s forthcoming album, Mala In Cuba, suggested a light, tuneful affair: something perfectly suited to Gilles Peterson’s Brownswood label, but definitely on the fluffier side of Mala’s output.

For those who feared a coffee table turn from the South London don, ‘The Tunnel’ will be a relief. Where ‘Cuba Electronic’ and ‘Calle F’ paid heavy homage to their source material, this is Mala in classic mode – albeit with a fresh, organic-sounding palette.

From the opening, the track is a gratifyingly sinister affair, the claustrophobia of its title hinted at in noxious clouds of noise. It’s also, put simply, a wobbler – though crafted with a lightness of touch we’d expect from a pro like Mala, and offset in the second half with a mean piano bassline and dustings of lilting percussion. You can stream it below.

Mala In Cuba is due for release through Brownswood on September 10.