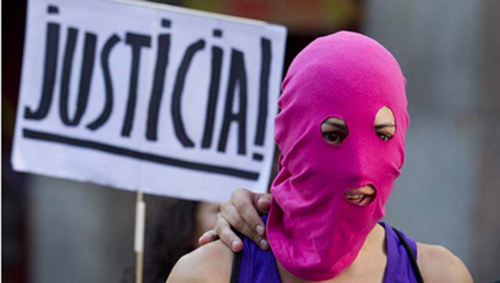 People have been arrested at a peaceful protest in Marseille against the imprisonment of members of Russian band Pussy Riot.

In a show of solidarity with the band, who wore balaclavas when performing their “punk protest” at a Moscow church earlier this year, protestors were arrested for covering their faces. Readers may remember, in 2011, that Nicolas Sarkozy’s government passed a law that bans face-covering, such as in the case of a Muslim niqab, in public places. According to The Guardian [via La Provence], around 30 demonstrators were gathered outside the Russian consulate in Marseille, standing “peacefully behind a banner about the power of poetry.”

The Pussy Riot group members were, this Friday gone, each sentenced to two years in jail. You can read the full report on the trial here.