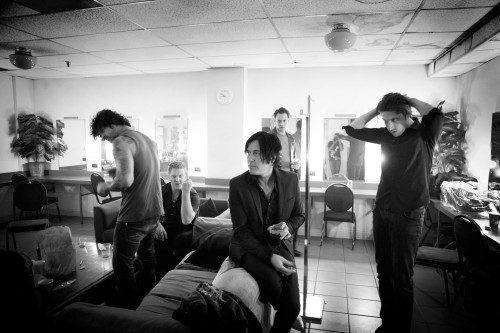 Josh Homme and company have returned to the studio to record their sixth album.

For confirmation, a post on the band’s Facebook page that simply says “Recording.” will have to do for now, as fans eagerly await the follow-up to 2007’s Era Vulgaris. According to NME, Homme promised an album by the end of 2011, a deadline that has obviously long since passed. As a reminder of how good QOTSA can be when they, you know, release new material, (re)watch the video for ‘3s and 7s.’