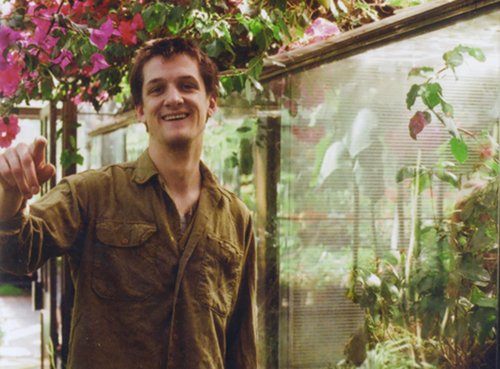 The Glasgow-based crafter of colourful, introspective beatscapes known as Dam Mantle has revealed details of his debut album, Brothers Fowl.

The record follows on the heels of a recent split single with Becoming Real, and finds a home on Notown Recordings, the label run by Mantle’s long-time affiliate Gold Panda.

Mantle has previously made waves with EPs for Get Me (last year’s We), Halleluwah Hits (2010’s Grey) and his own Growing imprint (Purple Arrow), but this will be his largest recorded statement to date.

Mantle is offering up ‘Canterbury Pt. 1’, the first single taken from the album, as a free download along with non-album B-side ‘Full Moon & Moth’. ‘Canterbury Pt. 1’ sees the producer on jubilant form, cascades of sampled woodwind and splashy cymbals giving way to a loose half-time groove; ‘Full Moon & Moth’, meanwhile, is more brazenly psychedelic, its solo clarinet submerged in dense swirls of reverb over a brisk four-four beat.

You can stream/download ‘Canterbury Pt. 1’ below, and get the whole single for free here. Brothers Fowl is due for release through Notown Recordings on October 8. It will be available in 2×12” LP and digital form – you can pre-order the vinyl here.