Listen to a clip of Soundgarden’s new album King Animal 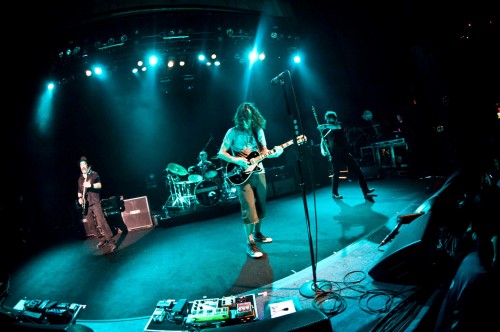 Soundgarden preview their first album of new material since 1996.

Seattle legends Soundgarden reunited in 2010 after several years apart. In 2011, the band promised a new album: King Animal, their first album of new material since 1996’s Down on the Upside, will be released this autumn.

The band shared the following clip of ‘Worse Dreams’ on their website, and it sounds like they’re picking up where they left off: stadium-sized grunge riffage.

Just don’t tell Billy Corgan, who had this to say about the band’s revival: “When Soundgarden came back and they just played their old songs, great. I was a fan of Soundgarden, but call it for what it is. They’re just out there to have one more round at the till.”