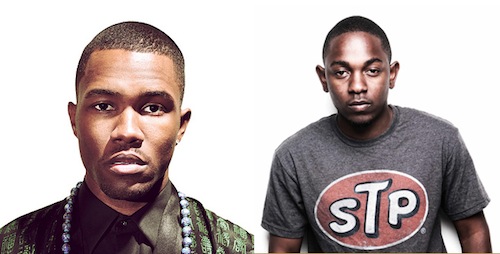 There’s been a bit of confusion about the new song by West Los Angeles rapper Mann, featuring Kendrick Lamar and Frank Ocean.

Floating around the Internet this morning was a track billed as a collaboration by red-hot talents Frank Ocean and Kendrick Lamar. However, as Lamar pointed out via Twitter, the track is by Mann, a 21-year old rapper from West LA, and the alleged headliners are actually the featured artists.

Further complicating matters is a tweet by Mann, which holds that ‘Bend Ya.’ was “originally my song ft Kendrick and Frank. I couldn’t get Kendrick’s raw vox Cuhz he was touring and frank didnt want his vox on it…”

Perhaps that is why the track has an odd, cut-and-paste feel to it. Either way, with Frank Ocean on the chorus and Kendrick Lamar on a verse, the warped and screwed rap track is intriguing. Stream and download it below.