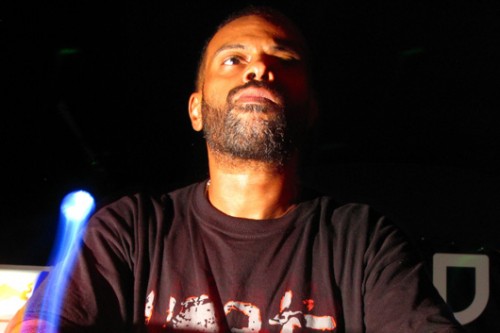 Elevate festival returns to Graz in Austria for its eighth instalment this October.

Taking over the city from October 24-28, the festival will play host to an array of electronic music’s most uncompromising figures including The Bug, Skudge, Andrés and A Made Up Sound, along with a range of live performances, discussions, lectures and screenings unified under the theme “Elevate The Apocalypse?”

Before then, however, the festival will hit the road to host a series of stages at other events through the tail end of the summer.

The tour will kick off on September 8 with a boat party at Dimensions Festival in Pula, Croatia. The “Elevate Boat” will be soundtracked by cutting edge house music hybrids from Addison Groove, Seiji and A Made Up Sound, alongside Graz locals Simon/off and Doze. Further information here.

Next up, the festival will visit the Transart Festival in Bozen in Italy to host an evening of music on September 28. Deep house legend Theo Parrish [pictured], Austrian keysman Dorian Concept, Ogris Debris, F. Puschmann and more will be in attendance – further information here.

Finally, the following day (September 29) will see the return of the “Elevate triple decker”, taking over all three floors of the Forum Stadtpark in Graz to present an international line-up including Luise Pop, Lil Silva, Knalpot, A Thousand Fuegos and more. Further information can be found here.

Tickets for Elevate can be found here.