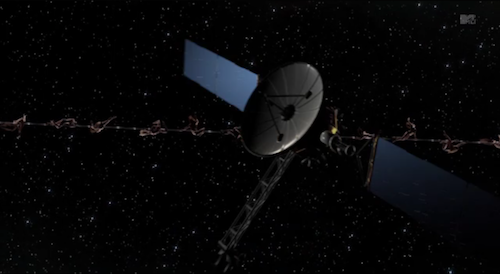 The video for ‘Set It Off’ is paradoxically over-the-top and understated.

Sure, the video for the Diplo/Lazerdisk Party Sex track features an infinite stripper pole in space, but it’s also in slow motion – and compared to most stripper-featuring videos – it’s practically subtle.

Diplo teamed up with the appropriately-named Vermont duo for ‘Set It Off,’ a moombahton party starter on his collab-heavy Express Yourself EP. Watch the video below, via MTV (unfortunately, only available in the US, for now).