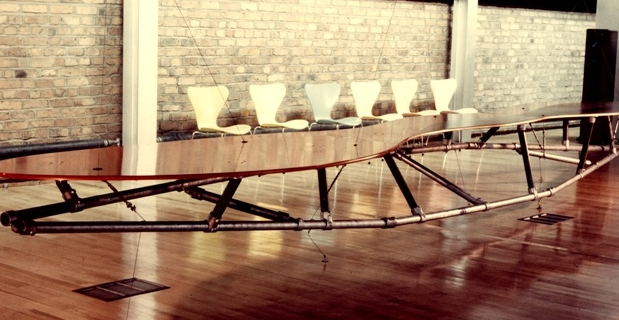 The rise and fall of Factory Records is one of the great myths of 20th century popular culture, one that has inspired numerous books, magazine articles, documentaries and even a movie biopic of sorts (Michael Winterbottom’s 24 Hour Party People).

The latest take on the myth is a documentary film entitled Black Monday. Unlike Chris Rodley’s excellent 2007 film for the BBC, Factory: Manchester from Joy Division to Happy Mondays, Black Monday is neither retrospective nor panoramic in its focus. It is, in fact, a fly-on-the-wall depiction of a very specific moment in the Factory story: the end. 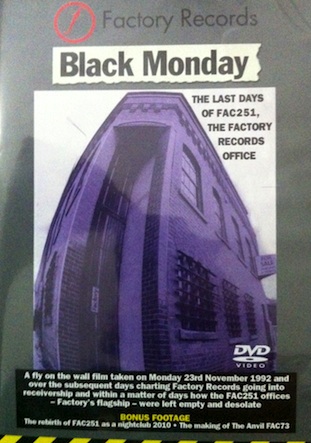 On the morning of November 23, 1992, a Manchester film crew – led by one Tosh Ryan – got a phonecall tip-off alerting them to the fact that Factory Records was going to go into receivership that very day. Based just down the road from the Factory offices, the crew high-tailed it there, and set up with their hand-held camera outside the building, interviewing people who were coming and going – including Tony Wilson, Rob Gretton and Alan Erasmus, all of whom initially deny that anything is wrong.

By the end of the day, Wilson is ready to announce that Factory is no more, giving an interview to the crew outside the Lass’O’Gowrie on Charles Street. The sequence that follows is the most morbidly fascinating: the filmmakers gain access to the building and roam its four floors as the office is dismantled, filming Happy Mondays and New Order posters and sleeves strewn around the floor like rubbish, the infamous £35,000 FAC 331 Temporary Contemporary Table (which would come to be seen as the most potent symbol of Wilson’s hubris) hanging by steel wires from the third floor ceiling, and more.

Extra features come in the shape of a piece on the conversion of the building into FAC 251 The Factory, and a short film on the making of the cast iron FAC 73 anvil which was commissioned to commemorate 500,000 sales of ‘Blue Monday’.

This is the first time these pieces have appeared on DVD. The project has been helmed by Tom and Chris Hewitt, in conjunction with Peter Hook and with thanks to Tosh Ryan, Aaron Mellor and Tighe Grainger. Apparently a  donation has been made already from the future sales proceeds of the film to Hook’s favoured charity, the NSPCC.

The DVD, which has a total run-time of 2hrs and 4o minutes,  is available to pre-order by mail-order only for GBP £12.00 + £2.00 postage – direct all orders and enquiries to hawkethos@which.net.