Halo 4 to be soundtracked by Massive Attack producer Neil Davidge 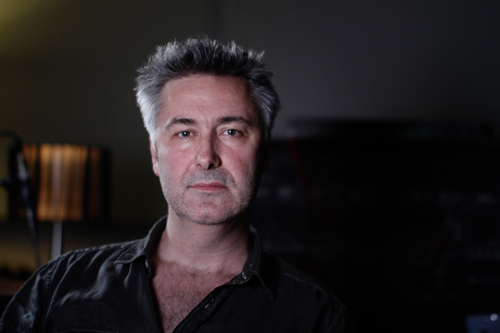 The next installment of the blockbusting sci-fi adventure Halo is due out November 6. Before that, gamers and non-gamers alike will be able to hear the game’s soundtrack, which will be released on October 22. This is the first time a new composer has scored the game since the series’ inception more than a decade ago.

“It was an honor to compose and produce the ‘Halo 4’ score,” said Davidge. “I’m so proud of the way the OST has turned out and to have had the opportunity to evolve the great legacy of Halo music.” Previously, Davidge scored Bullet Boy, Battle In Seattle, the Paul McGuigan-directed Push, and Trouble the Water.

Recorded at Abbey Road Studios, the album will be released in a variety of physical and digital formats, including a special edition box set that includes a behind-the-scenes DVD/book, a signed art print, and a T-shirt. In addition to the OST, a remix album including efforts by artists such as Gui Boratto, James Iha, and Alvin Risk will also be released. Sample Davidge’s epic orchestration, along with a few bits from the remix album, below; tracklists for both follow.