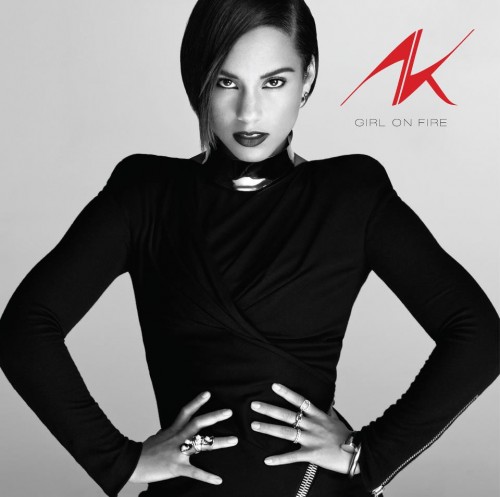 Girl On Fire is the singer-songwriter’s first album since 2009’s The Element of Freedom.

Alicia Keys strikes a strong pose on the cover of Girl On Fire, which has been described as a “fresh start” for the R&B star. Recorded mostly in London and Jamaica, the album will be released November 27 on RCA.

According to Billboard, Keys collaborated with Jamie XX, who notably re-purposed his remix of Gil-Scott Heron’s ‘I’ll Take Care Of You’ into the Drake-Rihanna smash ‘Take Care.’ The producer’s inclusion would help explain the “heavy drums, electric sounds, reggae and future soul” promised in the singer’s press release.