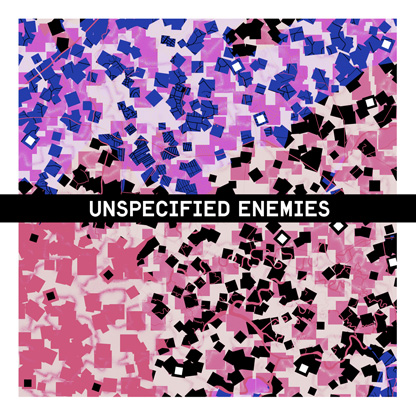 Glasgow label Numbers has been uncharacteristically quiet this year, following close to 20 single releases in 2010 and 2011.

The silence, however, will be broken on September 24, when they reissue Unspecified Enemies’ 1999 single ‘Multi Ordinal Tracking Unit’. Now, we’d be lying if we said we were familiar with this track, but that’s what makes Numbers’ sporadic reissues so interesting: for all the silly “future-leaning” descriptions that get thrown at them and other labels, the key reference point for the people behind Numbers is clearly classic house and techno – and it’s a genre that know more than most about.

As the label put it, ‘Multi Ordinal Tracking Unit’ is a “secret weapon and personal favourite of ours since we first discovered it on the dancefloor of Club 69 and shelves of Rubadub in Glasgow at the turn of the century”.

“Originally released as a limited edition 12″ on the Counter Attack label in 1999 (a time when generic, loopy techno was ruling the roost), Multi Ordinal Tracking Unit stood out as a rare example of a UK record that could match Underground Resistance and Robert Hood for sheer sonic militancy, groove and hard-edged funk. Based around a sample of a Detroit proto-techno classic, it twists its source beyond all recognition, squeezing every drop of energy from its original source and from time to time revealing just enough to give you a brief clue of its provenance.

“Assembled by CiM and Louis Digital using little more than Amiga tracker software and a hardware compressor in a Forest Gate bedroom in 1998, the track became a mainstay in the sets of Underground Resistance DJs and DJ Bone (alongside many other Detroit DJs who simply couldn’t believe that the track was conceived outside of their home city) as well as Surgeon, Rob Hall and Rubadub / Club 69’s Martin McKay. The latter championed it early on and helped to establish it as something of an anthem in Glasgow.”

Numbers’ reissue of the track has been remastered by Christoph Grote-Beverborg at D&M, and comes backed by Louis Digital’s City of Quartz remix. The digital release finds them bundled with two more tracks, ‘Bellona: I Do Mind Dying’ and ‘Insurgency Soul’. You can stream audio of the vinyl’s two tracks below.

The Glasgow label aren’t the only ones doing interesting reissues of course, Night Slugs’ next release is the first vinyl pressing of Baltimore banger ‘Bring in the Katz’. And don’t forget, FACT are partnering Hidden Depths of Numbers next month.