Lil Wayne on 2 Chainz feature ‘Yuck’: “Please don’t judge me from that.” 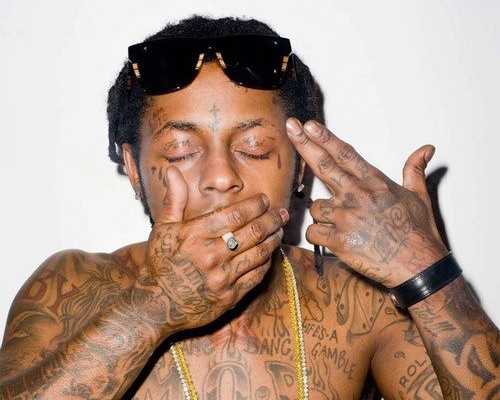 In an interview with MTV, Lil Wayne admits what we’ve all known for a while: he’s been phoning it in.

To say that Weezy hasn’t been at his finest is an understatement, especially after the underwhelming Tha Carter IV, but a recent low point came on ‘Yuck,’ the lead track on 2 Chainz’ blockbuster album Based on a T.R.U. Story. Not only does he sound half asleep through the entire track, but he contributed the song’s titular – and unfortunate – hook: “I’m fucked / let’s fuck / she said she on her period / I said yuck.”

Apparently, Wayne was messing around in the studio and wasn’t taking things seriously. “I’m very upset about that just to let everybody know: He put me on that, I sound wack as hell on there,” Wayne told MTV. “He did not tell me that was gonna be the first song on his album.”

Well, the first step is admitting you have a problem: “Please don’t judge me from that — my bar game is way higher than that, man.” Wayne is readying the release of the Dedication 4 mixtape, but if the first leak is any indication, Wayne has some work to do before returning to his former glory.

The skateboard fiend did have some kind works for his longtime friend and collaborator, though. “Yo, Tity Boi, if you got the #1 album for real, I congratulate you from the bottom of my heart, dawg,” Wayne said soberly. “That’s some awesome shit.”

In other Lil Wayne news, the rapper caused a mini-controversy by simply saying “I don’t like New York” in a recent interview. According to the New York Times, this outraged New York State Senator Malcolm Smith, who wasted no time in calling a press conference and demanding an apology. Mr. Smith should be a little more forgiving: one of Lil Wayne’s last trips to New York was for an eight month stay at Riker’s Island prison.