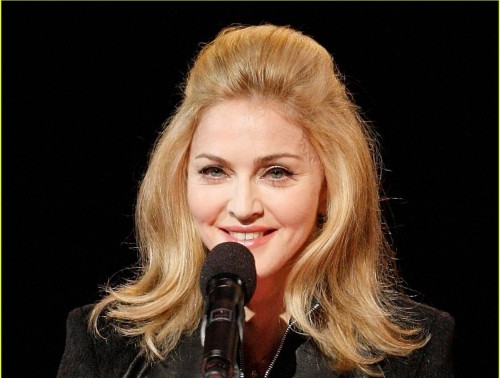 It was just one among the many controversies and criticisms that have dogged Madonna on her current world tour: the news that the French National Front would be filing a lawsuit against the singer.

The spat arose over a video shown as part of the singer’s current MDNA tour, which displayed an image of the far-right party leader Marine Le Pen with a giant swastika superimposed onto her face.

When the image was displayed at the Stade De France in Paris last month, the National Front were outraged. At the time, party vice-president Florian Phillippot described the image as “just another provocation in Madonna’s world tour so that people will talk about her. Marine Le Pen will defend not only her own honour but her supporters and the millions of National Front voters.” Later that week, the party filed a lawsuit against Madonna for public insult and defamation.

It now appears that the singer has capitulated to the FN’s demands to have the images removed: as The Guardian reports, during a gig at the Stade Charles-Ehrmann in Nice on Tuesday, the swastika was replaced with a far less controversial question mark.

The National Front is popular in the Nice region and ticket sales for the concert had reportedly suffered as a result of the controversy. Since the incident first arose, Madonna has attempted to downplay its seriousness by saying it wasn’t her intention “to make enemies” but “to promote tolerance”. Nonetheless, the singer’s capitulation to a legal threat from an extremist party suggests a distinct lack of political conviction. It’s almost enough to make you wonder about the intent behind her other recent political interventions.