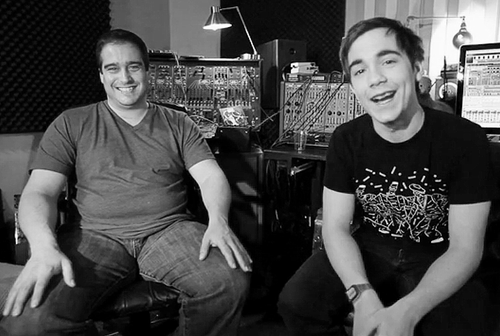 Surkin and Todd Edwards distill their unique styles into one on ‘Mighty Love.’

‘Mighty Love’ appears on the pair’s forthcoming I Want You Back EP, the third edition in Sound Pellegrino’s Crossover Series (which previously featured the pairing of Bok Bok and Tom Trago).

For the song, Parisian producer Surkin and New Jersey’s garage legend Todd Edwards team up to build a four-on-the-floor engine. The track nods to both of their styles, with subtle blasts of sawtooth (Surkin) and chopped, soulful vocals (Edwards). The breakdown introduces some vibrato in the mix, reminiscent of so many guitar solos past, as the song beckons the listener to “let yourself go.”

With a groove this insistent, letting go is a near inevitability. Stream the song below, and watch an interview of the two collaborators. I Want You Back is out on August 27.