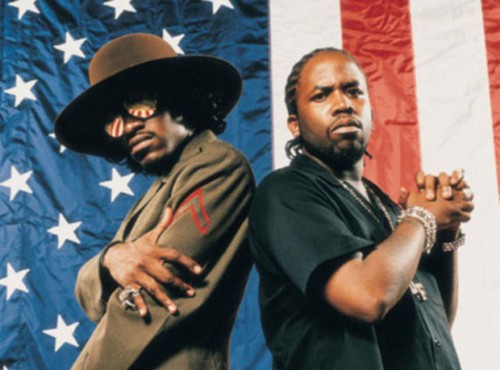 In an interview with Billboard, Big Boi says “there’s never been a beef” between him and Andre 3000.

After Big Boi was forced off Andre-assisted productions for Frank Ocean and T.I., there was concern that the relationship between the former OutKast members was in poor shape. Thankfully, that’s not the case according to Big Boi: “To give away a full OutKast feature on a project that’s not mine or his, is not what we wanted to do right now. Can’t have an OutKast reunion on someone else’s album.”

Big Boi gently opened the door to a future Outkast project, as well. “I’m just waiting on him to finish his solo album and we’ll see what happens after that.” The long-gestating solo album from Andre is reportedly due this year, but with the multitalented performer prepping a Jimi Hendrix biopic, we wouldn’t hold our breath.

With Big Boi’s Vicious Lies and Dangerous Rumors due November 13, the album is “90% done.” Along with previously announced appearances by A$AP Rocky, Kid Cudi, Little Dragon, Sleepy Brown and Theophilus London, Big Boi says he had a successful studio session with indie pop duo Phantogram. “We have a little side project that we’re thinking about working on right now too, called Big Grams,” he said. “I think we’ll put out a little EP or something after they drop the next record.”

Watch a live performance of that Little Dragon collaboration, ‘Momma Told Me,’ below.