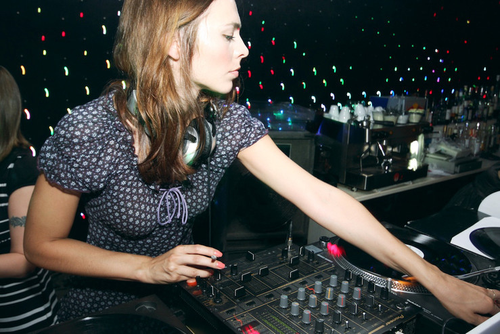 LWE’s Sidexside concept will see DJs from diverse backgrounds join forces behind the decks – often in unexpected but inspired pairings.

We’ve already heard details of the first of the events, due to take place on October 13, which will see London-based disco collective Horse Meat Disco take to the decks alongside New York legend Danny Krivit.

Details for the remaining two nights in the series have now emerged, and reveal a similar penchant for inter-continental pairings.

On October 19 at Crucifix Lane, Dirtybird co-founder Justin Martin will be joined by Bristolian bass innovator Redlight. The pair hail from vastly different backgrounds but the common dominators – warm, all-enveloping basslines and a keen awareness of big-dancefloor dynamics – should see them through.

Rounding off the series on October 20 is perhaps the most compelling of the three line-ups, which pairs Detroit electro veteran DJ Stingray with Russian deep house innovator and scene darling Nina Kraviz [pictured]. Stingray’s spartan beat constructions may seem a world away from the warmer end of Kraviz’ output, but the Russian’s sets are often tied together with functionalist ghetto house and acid trax, suggesting that the two might find common ground in the darker, sparser corners of their record bags.

Tickets and further info on all three events can be found on the LWE site.