SOURCE DIRECT CONTROLLED DEVELOPMENTS (ASTRALWERKS / SCIENCE CD, 1997) Source Direct were one of the most supremely talented production units to come out of drum ‘n bass, but outside of that scene they’ve never received their due. Why? It’s quite simple: they failed to produce an album commensurate with their enormous talent. Between 1994 and […] 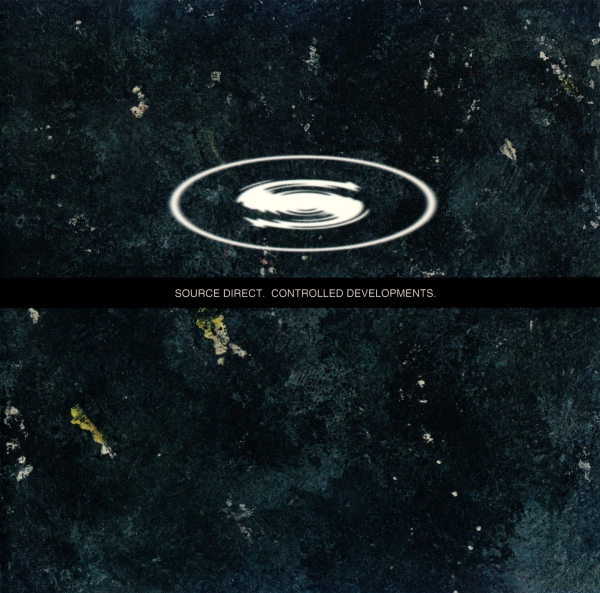 Source Direct were one of the most supremely talented production units to come out of drum ‘n bass, but outside of that scene they’ve never received their due. Why? It’s quite simple: they failed to produce an album commensurate with their enormous talent.

Between 1994 and 1997, Jim Baker and Phil Aslett produced well over 25 12″s – both under their own name, and under such aliases as Hosukai, Sounds Of Life and X-Files – that rank among jungle’s most important artifacts. No self-respecting drum ‘n bass collection is complete without all of them, and no self-respecting record collection at all is complete without at least four or five of them. Baker and Aslett had begun making music together when they were just 15 – it remains astonishing to think that tracks as brooding and sophisticated as ‘Intellect’ and ‘Future London’ were the work of teenagers barely old enough to have jacked in school. Of course, they wouldn’t have scaled such heights so early on were it not for fellow St Albans native Photek, who helped finesse their early productions and get them signed to Certificate 18. But SD took the Photek sound and ran with it: creating engrossing soundscapes policed by insanely complex, compressed drum edits and suffused with a mood of Hitchockian suspense wrung out of detourned jazz-funk samples and outboard synth drones. Given the pair’s command of blood-curdling atmospherics, it’s no surprise that the likes of Demdike Stare and Blackest Ever Black – as well as Joy Orbison and 2562 – are among SD’s champions today.

Come 1997, Source Direct had already firmly established themselves as members of jungle’s elite, producers capable of making tunes to satisfy the deepest heads without skimping on hardness. That year they signed to Science, the new dance subsidiary set up by Virgin primarily to establish Photek as a commercially viable drum ‘n bass auteur, a la Goldie. Aslett and Baker began their ill-starred stint on Science with a trilogy of lean, mean 12″s; the six tracks featured on these two-track maxis were subsequently compiled on CD for the US and Japan markets, under the titled Controlled Developments.


If Source Direct’s productions between ’94 and ’97 played like scenes from a tense, fiendishly plotted thriller, then Exorcise The Demons felt like a crude slasher flick by comparison.

Their first and only album proper, Exorcise The Demons, didn’t emerge until 1999, by which point the media and mainsteam record-buying public’s interest in drum ‘n bass had dwindled severely. Most of the genre principals had suffered crises of confidence or made creative about-turns: Goldie had blown it with his bloated sophomore LP Saturnz Return, and Photek was increasingly in thrall to deep house and techno. Jungle, at one point a scene of seemingly unstoppable creative and commercial momentum, had reached a plateau, a crossroads, an impasse; and it was into this climate of uncertainty that Source Direct’s debut arrived. Not only was it two years late too late to stand any chance of crossing over, it was a bit of a turkey too: the rarified balance of shark-eyed menace and sensuous depth that had characterised Baker and Aslett’s work to date had buckleed. If their productions between ’94 and ’97 played like scenes from a tense, fiendishly plotted thriller, then Exorcise felt like a crude slasher flick by comparison. Violence that previously only been suggested or implied, was now explicit and foregrounded; the subtle play of light and shade had given way to an overbearing, unmodulated darkness.

Controlled Developments, then, stands as the best long-form document of Source Direct’s music, far superior to the lumpen Exorcise. Opener ‘Call & Response’ is one of the duo’s very finest productions, with swarming synths that make you feel like a malnourished, underslept commando on a death-defying recon mission, but its rolling breaks ensure you still feel the funk. Strangely enough, the track is probably best known for appearing in the 1998 movie Blade – Stephen Dorff’s villain is seen listening to it on headphones. Vampires are actually quite satisfactorily analogous to Source Direct’s music from this period – predatory, nocturnal, restless, ready to suck the life of you – and it’s perhaps telling that Phil Aslett christened his post-SD label Vampire Recordings.


Source Direct’s music is predatory, nocturnal, restless, ready to suck the life of you.

‘Computer State’ is more brutish, its eerie atmospherics feel entirely secondary to the percussive assault. To the casual listener, it’s indistinguishable from the kind of bog-standard dark d’n’b that teenagers listen to mainly to piss off their mums. ‘Black Domina’, by contrast, is a masterpiece: again, the drum editing is phenomenal, Modus-esque but somehow more organic, less clinical than the ’97 Photek style, and the noir jazz double-bass licks give this work of apparently pure futurism a pleasingly anachronistic edge. ‘Two Masks’, which began life as the 12″ A-side to ‘Black Domina’, adopts a similar poise, icy atmospherics and dissonant horn samples working against, and yet with, each other. ‘Enemy Lines’ lives up to its title: listening to it you feel like you’re crawling on your belly through the trenches of a war-ravaged wasteland, avoiding laser fire from gunships and snipers. Time and time again, Source Direct’s tunes put you in this paranoid, sci-fi-combat-conscious frame of mind. On Exorcise The Demons, it would topple over into blokish, darker-than-thou self-parody, but here on Controlled Developments, they got it just right. Anyone seen my rifle?