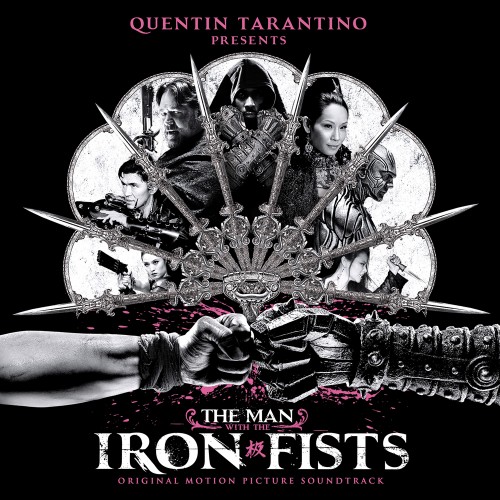 The soundtrack is out October 23; download ‘Built For This’ by Method Man, Freddie Gibbs and StreetLife now.

The Man with the Iron Fists is the ultraviolent directorial debut from the RZA. The film is produced by Quentin Tarantino, who encouraged the Wu-Tang mastermind to assemble the soundtrack, which he describes as “Morricone meets RZA.”

The loaded soundtrack lineup includes The Wu-Tang Clan (together and separately), Kanye West, The Black Keys, Pusha T, Flatbush Zombies, and Corrine Bailey Rae (which of these is not like the others?).

The score will include some familiar soul samples, as well. “STAX also came on board to help us out, and they gave me about 10 of their famous STAX cues, songs from William Bell, from Isaac Hayes, from Mable John,” said RZA at Comic-Con 2012. “So you’re going to have a great time listening to this movie as a soundtrack.”

The soundtrack and score will be out October 23 via RZA’s venture, Soul Temple Records. The film, which stars Russell Crowe and Lucy Liu, will be in theaters on November 2. Check out the tracklist and download the grooving ‘Built for This’ below.