Download the warped ‘USSR’, taken from Lukid’s Lonely At The Top 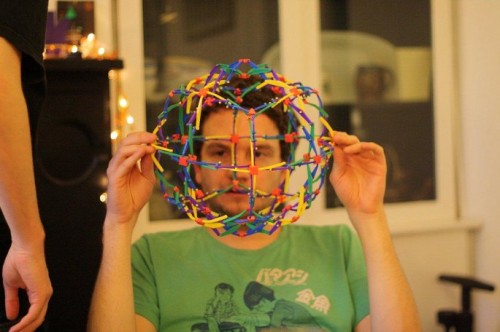 We at FACT are awaiting Lukid’s fourth LP, Lonely At The Top, with baited breath.

The producer known to his nearest and dearest as Luke Blair has really come into his own in recent years, exploring more aggressive sounds through his Glum imprint as well as launching a soundtrack career in collaboration with his brother, documentary maker Sam Blair.

But with Lonely At The Top, the producer has returned to, arguably, what he does best – the album format. Speaking to us about the record a few weeks back, Blair described it as “colourful and kind of schizophrenic, something that combined all of my influences but still had a clear overriding mood.”

It’s due for release on Actress’ Werk Discs imprint in October, and the label have now made a track from the album available for download through their site. ‘USSR’ is classic Lukid – a mucky, slightly warped synth ballad which doesn’t overstate its aims but, through repetition and subtle development, comes to pack quite an emotional punch. You can download it by signing up to the Werk mailing list through the link below. Lonely At The Top is due for release on October 22.