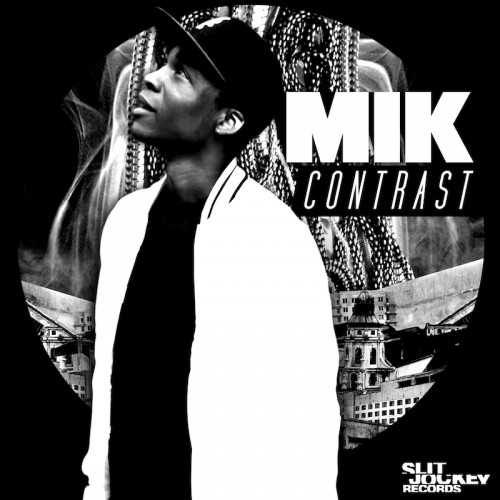 MIK (short for “Music Is Knowledge”) is part of grime crew Family Tree, alongside MCs Merky ACE, Ego, TKO, Shifman and producers Faze Miyake and Splurt Diablo. The MC is also the focus of what Slit Jockey believes to be the first “proper grime MC artist release on an American label.”

Slit Jockey Records was founded in 2005 to bring UK grime to the US, but has expanded its scope since then. Operated by Starkey, Dev79 and El Carnicero, they have released tracks by Rustie, Kano, and NastyNasty.

Contrast is produced by the label’s in-house family, including street bass mavens Starkey, Dev79 and BD1982. It is their first vocal release, and is due out September 17 (tracklist below). Until then, watch the video for the Faze Miyake-produced ‘More’ below.