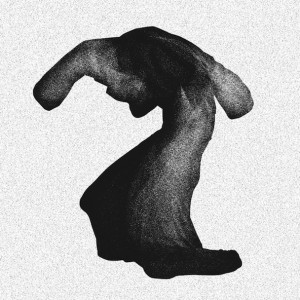 Two years back, Yeasayer were set to join MGMT and The Klaxons as the next underground-overground success story. At a time when hordes of oblique bands were categorised as ‘essentially pop music’ (stand up, Deerhoof), nonetheless the Brooklynites seemed like the real thing. 2010’s Odd Blood offered a bonafide charts-botherer hewed from the avant extremities of bohemian America; at once accessible and elaborately experimental, universal but idiosyncratic, and as candy-brained with feelgood vibes as it was emotionally sophisticated. Transcending their debut’s folk-meets-Talking Heads formula with a move into electronica, the five-piece approached swooning balladry (‘I Remember’), dance-pop (‘O.N.E’) and festival anthems (‘Ambling Alps’) with an outsider’s ear. Next to Black Eyed Peas and Taylor Swift it felt authentically marginal, and hence exotic – especially considering the anarchic menagerie of unrepeatable sounds used. It was like Black Dice doing Peter Gabriel, exuding an otherworldliness that inspired a childlike wonder, as Animal Collective are able to do, with its very new-ness. Pop music, but just like the very first time.

Fragrant World is what happens when a good band throw away the pop roadmap without a contingency plan in place, and duly flunk the age-old ‘digressional third album’. How did that come to pass, you might ask. Well the theory is, there are certain underground bands able to define themselves more effectively if they work relative to accepted pop mores. Whichever sideways worldview they hold only reveals itself in relief. That means playing the same game but differently – spinning and subverting familiar pop tropes – as opposed to starting from scratch. Remove that pop fulcrum and sense of contrast and you leave a gaping hole in the blueprint. A void of personality which bands like Yeasayer, while original enough to flavour existing pop forms in refreshing ways, struggle to fill without the help of reference points, bereft as they are of a distinctive artistic mandate (Yeasayer are skilled postmodernists, as opposed to auteurist innovators). The result is an anonymous sound, as which defines Odd Blood‘s disappointing follow-up, a largely unengaging retreat from its predecessor’s pop trappings.

On the one hand, no longer do the requirements of writing a pop song shape or structure the band’s experimentalist side. At the same time, however, they continue to overfill their songs. The end result is a crop of fussy and frowsy tracks which suffer without the organizing influence of clear hooks, and which seem tonally flat despite their hyperactivity.

The proggy ‘Henrietta’ proves especially that sometimes all emphasis is no emphasis, applying an ineffectual mess of ever-changing drum sounds, voice treatments and synth settings, while droning through a multitude of barely related phases. It’s bereft of a unifying strand, aside from a sporadic vocal refrain that’s only given room to find purchase (through repetition) in a short coda. It’s a case of too many ideas, not enough strategy. ‘Devil And the Deed’ follows suit, with poorly defined verses piloted by the shaggy dog story that is the vocals of Chris Keating, who seems compelled to never sing the same note twice. Half-formed synth-hooks herald densely arranged choruses, before the abrupt arrival of pointless stretches of noodle, comprised of no less than three modes of synth. It makes Flying Lotus sound decisive. ‘No Bones’, meanwhile, is composed entirely from flickers and shards: pointillist motes of sub-bass, handclap, and synths, flurrying all but arbitrarily. Information overload.

The desired response is a kind of fascinated bafflement, with the listener thrust into the overwhelming sensory fantasia of a brave new world, uneasily adrift from familiar pop clichés. In practice, though, the micro-detail more readily evokes the mundane minutia of real life – a procession of complications in stark contrast to Odd Blood‘s simplified dreamworld. In the end, much of Fragrant Blood seems significantly less exotic than their bygone pop tunes.

Then there’s ‘Reagan’s Skeleton’, a political missive that the BBC described as “redolent of both The Beloved and Reverend And The Makers”, illustrating ust how much of an aesthetic mess Fragrant World can be. Pitting side-chained Deadmau5 synths against DFA-brand disco-punk instrumentation, it’s awkward and ugly.

With repeated listens, various flourishes battle the tropical thicket to become hooks, while dotted around the album are several incisive, economic tracks, the standout being ‘Blue Paper’. Sporting an addictive vocal melody, for once the beat (yeah, just the one) bolsters the vocals, as opposed to disorientating them. Elsewhere, ‘Folk Hero Sctick’ profits from straightforward dynamics, switching cleanly between quiet psyche-folk and danceable blocks of dubtronica.

All the same, there is nothing here that suggests a coherent vision. It was hoped that the advertised ‘new r’n’b direction’ would provide focus. But it’s mostly lip service: a swinging beat here, a bit of melismatic singing there. Moreover, the songs are neither sultry enough to be sexy nor regimented enough to be crisp, with the final outcome another incident of hipsters misappropriating the genre.

In an interview with Under The Radar, the band described Fragrant World as an attempt to “capture the schizophrenia of what it’s like to be alive today.” Which, in a certain respect, it does. A gaseously mercurial album (i.e it’s supposed to move as might a fragrance), as purported it evokes a confused state of mental ill health. So technically speaking it’s an artistic success, in terms of expressionist soundscaping and whatnot, but that’s to the detriment of the listener’s enjoyment. Coupled with a diminished knack for melody and slower (r’n’b-aping) tempos, conveying a vaguely subdued mood, the difficult Fragrant World just isn’t what most people would consider fun.