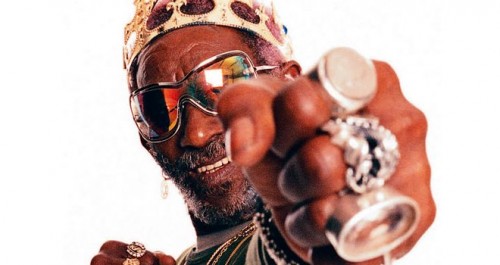 Earlier this month, we posted a very special FACT mix by two masters of their sound: ambient legends The Orb and one of Jamaica’s all-time greatest in Lee ‘Scratch’ Perry.

At the time, we described FACT mix 341 as a “slow-motion kayak ride through a pipe of slurry, thick, overwhelmingly delayed basslines obscuring wonky melodies – some recognisable (‘What A Wonderful World’, ‘Zombie’), others from another planet entirely”, with Perry toasting on top in the way that only he can. It was the most popular mix we posted this month, so we presume you liked it – and we also presume that you wouldn’t say no to a second session from the unlikely collaborators. With their album, The Orbserver in the Star House, out next month, we’re proud to present part two below.