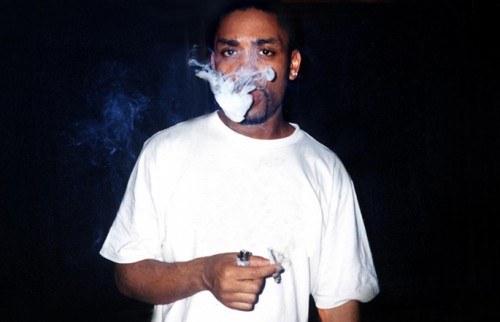 Bristol’s In:Motion returns for its third annual series next month – and a more fulsome set of line-up announcements suggest their most expansive and ambitious set of bookings yet.

The series, running from September to January, will invite an array of promoters and labels from across the spectrum of contemporary dancefloor music to display their wares across three rooms.

The series will launch on September 29, with Just Jack presenting Jamie Jones and Dyed Soundorom B2B Dan Ghenacia in Room 1, while New York garage legend Todd Edwards presides over a UK-oriented line up in the Second Warehouse featuring Midland, Dusky and Dwindle.

On Friday October 5, house avant-gardists Hessle Audio will take control of the main room, with label founders Ben UFO, Pearson Sound and Pangea joined by special guests Four Tet and Legowelt; Bristol record shop and label Idle Hands will take care of the Tunnel with Chris Farrell and local heroes The Kelly Twins inviting Floating Points and Alexander Nut down from the capital.

On Friday October 19, Shit The Bed will host a selection of high-octane fare including Jack Beats, Foreign Beggars, Koan Sound, Sigma and Cookie Monsta; the Second Warehouse will have more of a sunny flavour with Toddla T, The Heatwave, Trim and Lil Silva in attendance, while the tunnel will play host to Zed Bias, Mele, Monki and Bristolian innovator Gemmy.

Funk From The Trunk will do their thing on October 20 with The Correspondents, Huey Morgan and Krafty Kuts in the main room, while Bass Kitchen host Ed Solo, Hong Kong Ping Pong and Podge in the Tunnel. The following Friday, October 26, Tokyo Dub will live up to their name by inviting Lee Scratch Perry (complete with full live band), Mala and Soom T to the main room; Zion Train Soundsystem, Trojan Soundsystem and more will preside over the Second Warehouse.

Just Jack return on October 27 to celebrate Halloween with a “Freak Boutique”, playing host to acid legend Josh Wink and a live set from Ryan Crosson in the main room, while Hypercolour invite Mosca, Huxley and Bristol up-and-comer Eats Everything to the Tunnel. The following day, 28 October, will see the legendary Public Enemy grace the venue, with support from Kutmuh, Jehst and more.

Mad Luv take over on November 2 to host the inimitable Wiley [pictured] along with A-Trak in room 1; So Bones will take care of business in the Tunnel, with artists yet to be announced. On Saturday 3, mean while, Gunpower Plot have prepared a feast of live delights with Smerins Anti-Social Club and the Dub Pistols in attendance.

On Friday November 9, Trouble Vision will invite San Franciscan party-starters Dirtybird down to do their thing, with Claude VonStroke, Justin Martin, Catz & Dogz and Eats Everything representing the label; the UK will dominate elsewhere with Joy Orbison, Scuba and Dark Sky in the second Warehouse and a Sneaker Social Club special in the Cave, featuring Paul Woolford and Throwing Snow.

Run and RAM will take over the venue on November 10 with an as-yet-unconfirmed line-up; while the following Tuesday, November 13, will see woman of the moment Grimes perform with support from staunch industrialists Factory Floor, glam-goth chanteuse Charli XCX and Hyetal.

On Saturday November 17, Resident Advisor will host a veritable who’s who of cutting-edge operators, with Shackleton, Koreless and Stay+ all presenting live sets in the main room alongside Rustie and a very special, yet-to-be-announced guest, while Shed, DVS1 and Blawan rock the Second Warehouse and Space Dimension Controller and Arp 101 give a funkier tinge to The Tunnel.

Futureboogie will invite an array of house legends to perform on Friday November 23, with Kerri Chandler and Moodymann heading up the bill in Room 1 alongside Waifs & Strays, while the lesser known – but equally righteous – Maurice Fulton handles The Tunnel; George Fitzgerald, Crackazat and Behling & Simpson will take care of The Cave.

Radio 1’s resident dance music evangelist Annie Mac will present a crowd of the usual suspects on Saturday November 24, including Magnetic Man, Redlight, Disclosure and Rudimental. Friday November 30, meanwhile, will see Sven Vath’s monolithic Cocoon label descend on the venue, with Vath himself and Seth Troxler playing all night long in the main room, while Mulletover host Craig Richards and Matt Tolfrey in the Second Warehouse.

And finally, capping off the series on its final weekend, Shit The Bed will invite a yet-to-be-confirmed line-up to the venue on December 7, while the following night will see Fatboy Slim and Doorly perform to an already sold-out crowd.

Further info and tickets for all events can be found at the In:Motion site.