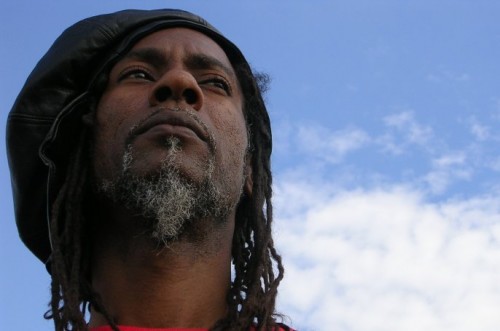 Amsterdam’s Rush Hour have been on top form with their reissues lately.

Gene Hunt’s Chicago Dance Tracks compilation and the Burrell Brothers retrospective The Nu Groove Years both served to map out lesser known narratives from house music’s formative years – as well as feeding the contemporary scene’s voracious appetite for house in its rawest, most provisional form.

The label looks set to continue its evangelising mission with a retrospective of the early work of New York’s Elbee Bad [via Juno Plus]. Bad – real name Lamont Booker – was a contemporary of the Burrells, and played a central – though often downplayed – role in helping define and shape the New York house sound. He’s since moved to Berlin and is still active, with recent releases on European imprints including Yore and 4 Lux.

Elbee Bad: The Prince Of Dance Music – The True Story Of House Music charts the producer’s output from the late 80s and early 90s. Booker’s one Nu Groove release, ‘The True Story Of House Music’, is included on the compilation – you can listen to the unusually dystopian ‘Body Mechanix Authentic Garage Groove’ mix of the track below. It sits alongside tracks that originally appeared on Booker’s own LaRhon imprint, and on other small NY labels including City Limits and Red Heat. The album also features a previously unreleased track in ‘E7 E9 (Get Krump!)’.

Elbee Bad: The Prince Of Dance Music – The True Story Of House Music is due for release, in 2XLP, CD and digital formats, in early October. Full tracklist as follows.