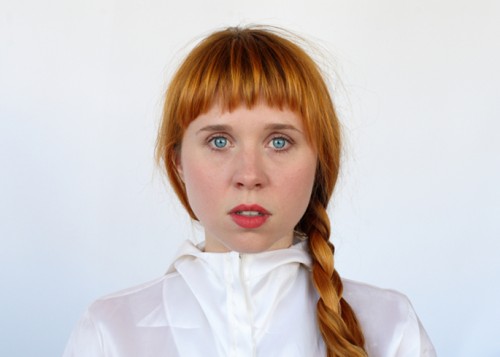 The latest signing to RVNG INTL – the New York label responsible for fine LPs from Blondes, Julia Holter and many more – is producer/composer Holly Herndon.

The Tennessee-born Herndon spent her formative teenage years in Berlin, absorbing the city’s techno culture, before returning to the states to study on the renowned electronic music course at Bay Area institution Mills College.

She will be starting a PHD in computer music at Stanford this autumn, but in the interim found time to craft her debut long-player, due for release through RVNG in November. Movement is Herndon’s first substantial release, and is described as “a test chamber that hybridizes her modern composition training and undying devotion to club music.”

You can check out a brief teaser for the release below, which suggests a distinctly abstract, processing-heavy approach – though we’re told that Herndon’s love for churning industrial techno is just as apparent in the record as her admiration of Pan Sonic.

Movement is due for release on November 12 in the UK. Full tracklist below.