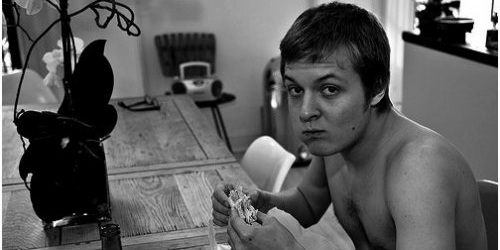 Since 2011’s blinding Swisher, Lil Jabba has continued to traverse the hinterlands of footwork.

If Swisher marked out Jabba as one to watch, this year’s excellent Paint – still available to stream in full – further demonstrated that the producer is in possession of one of the strangest sensibilities in the game (he’s also got a mouth on him).

Earlier this month, we pointed towards a new track from the producer, the shimmering ‘o.M.s’. That same track has now cropped up on a free four-track EP, available to grab from the producer’s Soundcloud page. FrEE LiFE is a tight little collection: the hydraulic ‘STepS. (i GLiDE) is one of the most inventive things he’s ever done, whereas ‘OiL’ is one part footwork and two parts Timeless-era d’n’b. Peep below to stream/download the thing. [via Ad Hoc]